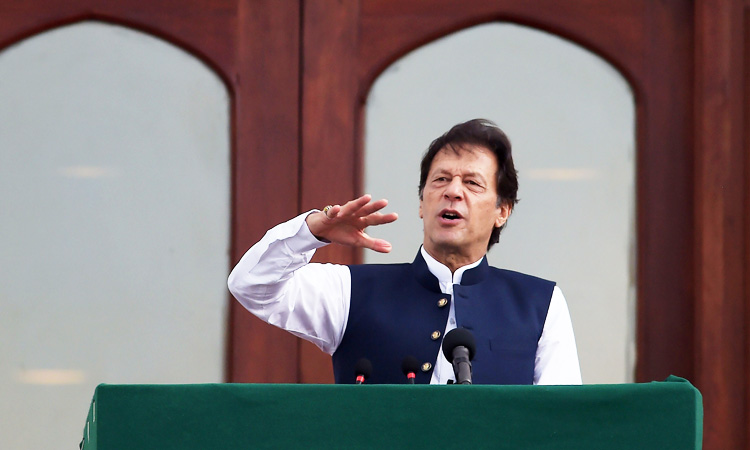 The Pakistani national anthem and an anthem for Kashmir played across television and radio, while traffic came to a standstill, traffic lights were switched off and trains stopped, as part of Prime Minister Imran Khan’s campaign to draw global attention to the plight of the divided Himalayan region. 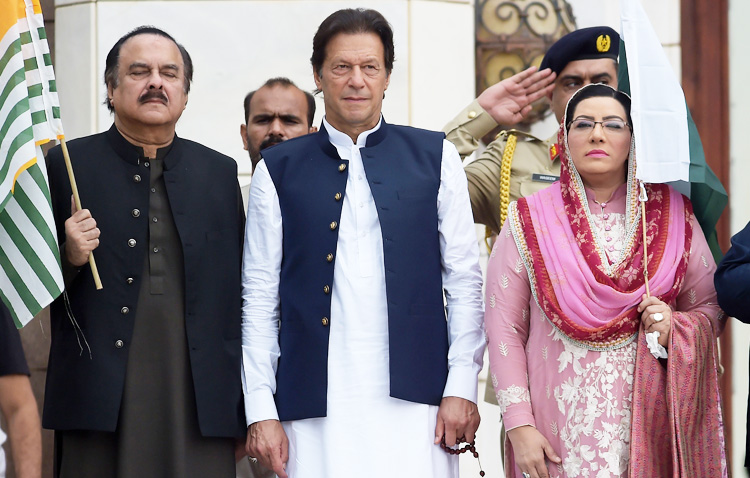 Imran Khan stands with his party leaders as they listen to the national anthem outside the PMO in Islamabad on Friday.

“We are with them in their testing times. The message that goes out of here today is that as long as Kashmiris don’t get freedom, we will stand with them,” Khan told thousands of demonstrators in the capital, Islamabad.

Kashmir has long been a flashpoint between nuclear-armed Indian and Pakistan.

Both countries rule parts of Kashmir while claiming it in full.

India has battled separatist militants in its part of Kashmir since the late 1980s, accusing Muslim Pakistan of supporting the insurgents. 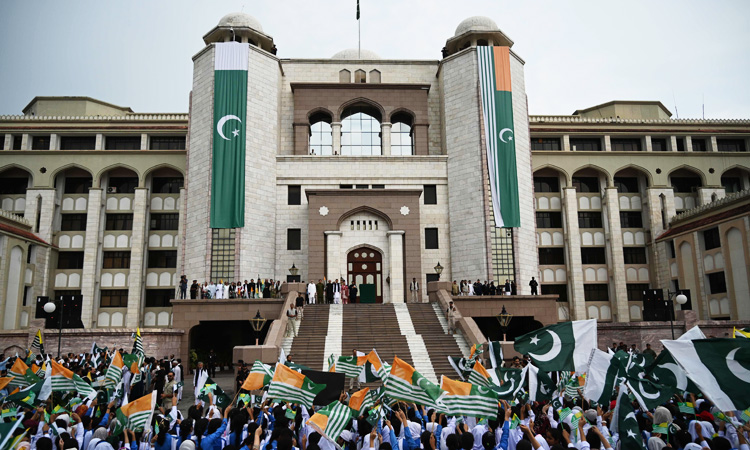 People wave national Pakistan flags and the flags of Pakistan-controlled Kashmir outside the PM Secretariat building in Islamabad on Friday.

Pakistan denies that, saying it only offers political support to the people of Kashmir, who Pakistan says are oppressed by the Indian government and its security forces.

India stripped its part of Kashmir of a special status on Aug.5, blocking the right of the Indian state of Jammu and Kashmir to frame its own laws and allowing non-residents to buy property there. The government said the reform would facilitate Kashmir’s development, to the benefit of all.

But the decision by the Indian government of Prime Minister Narendra Modi infuriated many residents of the region, which has been under a security clamp-down ever since with telephone lines, internet and television networks blocked and restrictions on movement and assembly.

“I want to tell you, Narendra Modi, that we will give a befitting response. Our armed forces are ready,” Khan told the rally. 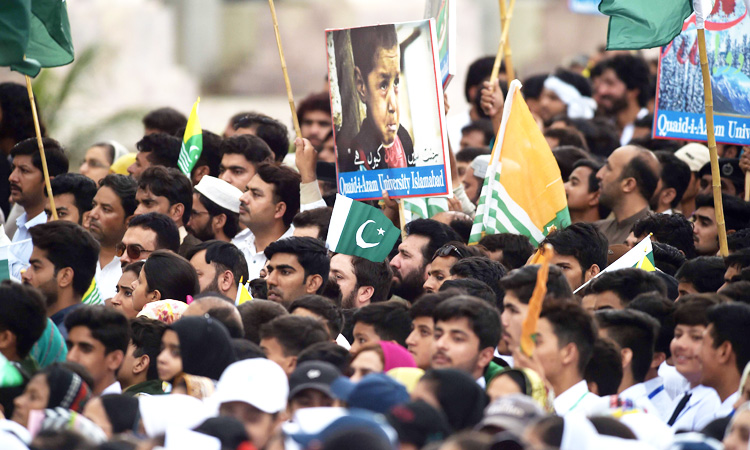 People listen to Imran Khan addressing the nation outside the Prime Minister Secretariat building in Islamabad on Friday.

Pakistan has sought the support of the United States, Britain and others to press India over Kashmir.

But India says it is an internal matter and that it would only hold talks with Pakistan if it stops supporting militants operating from its soil.

Pakistan has for decades called for the implementation of UN resolutions on Kashmir.

The UN Security Council adopted several resolutions in 1948 and in the 1950s on the dispute between India and Pakistan over Kashmir, including one which says a plebiscite should be held to determine the future of the region.

Another resolution calls upon both sides to “refrain from making any statements and from doing or causing to be done or permitting any acts which might aggravate the situation.”

UN peacekeepers have been deployed since 1949 to observe a ceasefire between India and Pakistan in the region.