Bahamas braces for hit as Hurricane Dorian roars toward US - GulfToday

Bahamas braces for hit as Hurricane Dorian roars toward US 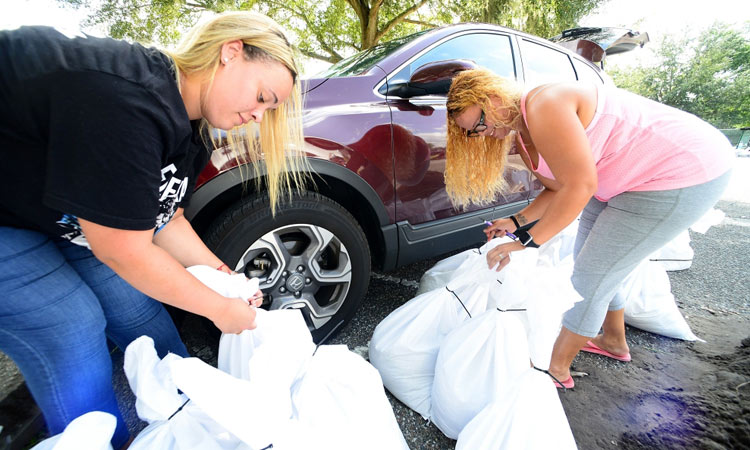 The sounds of hammers banging into plywood and cash registers dinging echoed across the Bahamas on Friday as the archipelago that lies just southeast of Florida rushed to prepare for Hurricane Dorian, which threatened to turn into a powerful Category 4 storm.

The storm is expected to approach the northwest Bahamas on Saturday and then move over or near that region on Sunday.

"Do not be foolish and try to brave out this hurricane," Prime Minister Hubert Minnis said in a news conference. "The price you may pay for not evacuating is your life."

Florida’s governor on Friday urged residents in the state to stock up on at least a week’s worth of food, water and medicine and to prepare to lose power and cellphone service for days after Hurricane Dorian makes landfall early next week. 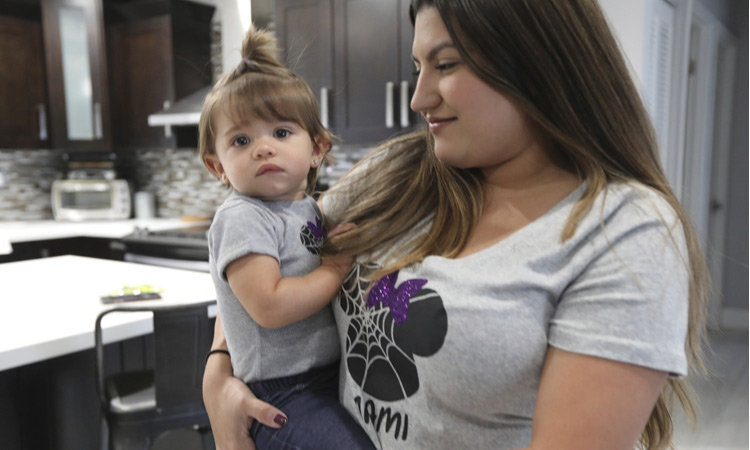 Jessica Armesto holds her one-year-old daughter, Mila's, at their home in Miami. AP

Weather forecasters said Dorian — currently a Category 2 hurricane on a five-level scale — could strengthen into a powerful Category 4 storm before it makes landfall but there was a great amount of uncertainty about where it would hit.

Florida Governor Ron DeSantis issued a declaration of emergency for all of the state’s 67 counties and urged its millions of residents to make preparations for what he said could be a “major event.”

“We’re anticipating a massive amount of flooding,” DeSantis said. “We urge all Floridians to have seven days’ worth of food, medicine, and water.”

But the governor said local authorities were holding off on ordering evacuations until weather forecasters had a better picture of the eventual path of the hurricane.

“If you’re in an evacuation zone and you’re ordered to evacuate, please do so,” DeSantis said.

The Florida National Guard said about 2,000 service members had been mobilized so far and another 2,000 would do so on Saturday.

At 11:00 am (1500 GMT), Dorian was packing maximum sustained winds of 110 miles per hour (175 kilometers per hour) and the eye of the hurricane was about 660 miles (1,060 kilometers) east of West Palm Beach, Florida, in the Atlantic Ocean, the National Hurricane Center (NHC) in Miami said. 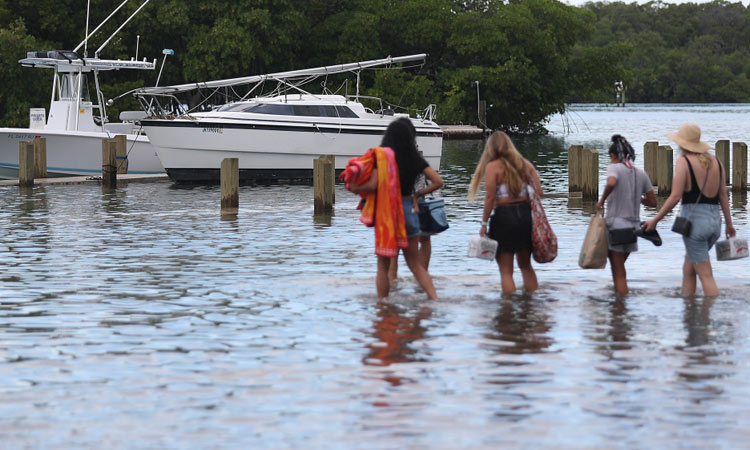 People walk to their boat through a flooded parking lot at the Haulover Marine Centre before the arrival of Hurricane Dorian in Miami Beach. AP

The hurricane was moving in a northwest direction at 10 mph (17 kph) and was expected to make landfall somewhere on the Florida coast late Monday or early Tuesday, the NHC said.

A hurricane watch was in effect for the northwestern Bahamas, where the NHC said life-threatening storm surge could raise water levels by as much as 10 to 15 feet (three to 4.5 meters) above normal tide levels. Heavy rainfall could cause flash floods, it warned.

President Donald Trump, whose Mar-a-Lago golf club is located in Palm Beach, said that Dorian was “looking like it could be an absolute monster” and he cancelled a trip to Poland to stay behind and focus on preparations for the storm.

“All indications are it’s going to hit very hard,” Trump said in a video.

“Some people said bigger or at least as big as Andrew,” a Category 5 storm which left 65 people dead in 1992, he said.

Georgia -- another southeastern state that could be in the storm’s path -- has declared a state of emergency for 12 counties.

Governor Brian Kemp said the hurricane “has the potential to produce catastrophic impacts to citizens” throughout the southeast coastal region of the United States.

Miami’s Ocean Drive, a normally vibrant strip along the beach, was quiet, with some empty tables and fewer tourists than usual.

There were lines at some gasoline stations as drivers filled up their tanks and gas cans.

A number of schools announced that classes would be cancelled until at least Tuesday.

One shopper, Magdalena Gomez, 57, from Argentina, was preparing for her first hurricane.

A Rolling Stones concert in Miami originally scheduled for Saturday night was moved up by a day due to the weather forecast, the band said on its Twitter account.

Feeding on the warm waters in the open ocean, Dorian steamed toward the US after rolling through the Virgin Islands and Puerto Rico, where it inflicted less damage than feared but was blamed for at least one death. 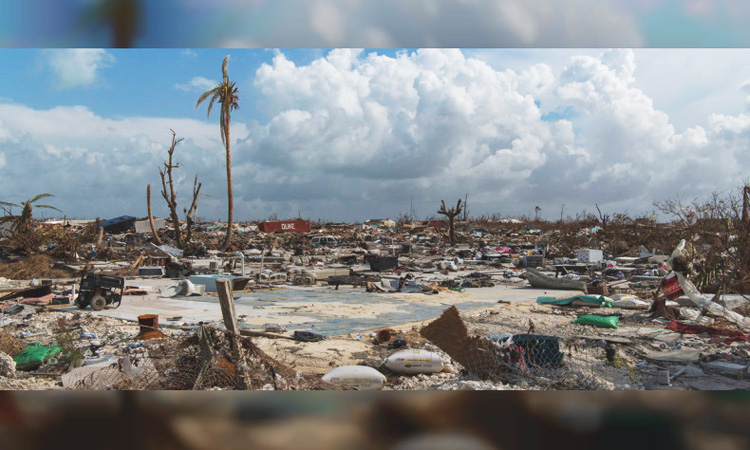