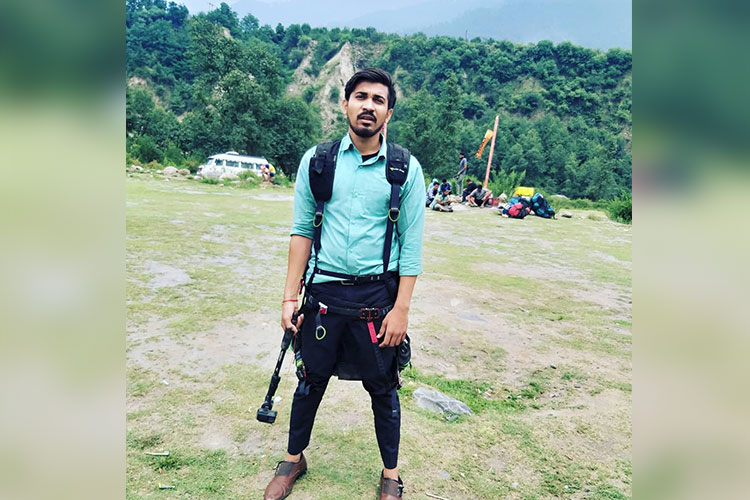 Vipin Sahu poses for a photograph during his trip to Manali, India. Photo: Vipin Sahu/ Instagram

A hilarious video of a man requesting the instructor to make him land while paragliding has gone viral on the social media and sparked several funny memes online.

The man in the video, identified as Vipin Sahu, belongs to Uttar Pradesh and apparently has a fear of heights. The video was recorded when Sahu and his friends went on a trip to Manali in July.

At the very same time, the paragliding instructor, insisting the flyer to keep his legs up ("paanv uncha rakh") is equally funny. 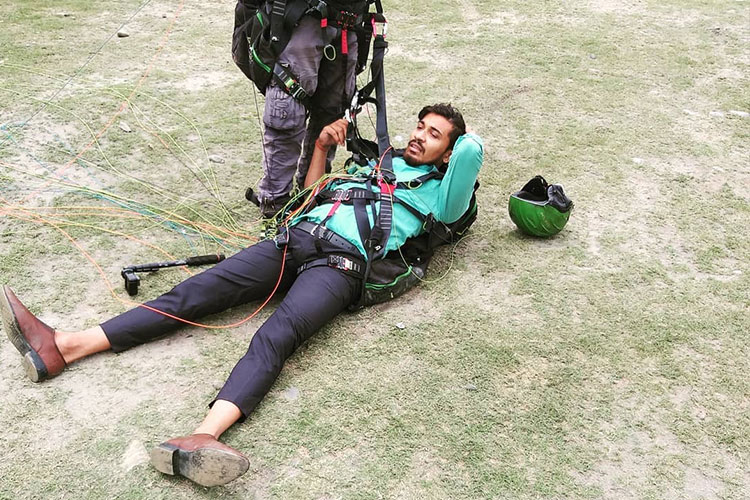 Ever since the video was uploaded, there have been hundreds of memes flooding the social media.

"Once a wise man said: "Bhai ek baar land kara de bas, and the rest is history," tweeted one user.

"Looking at the fare on the meter in a yellow taxi in Kolkata. Me: Bhai ride lambi nahin karni. Bas land kara de. #BasLandKaraDe," wrote another.

The viral video was first uploaded by Sahu's younger brother on his YouTube channel.