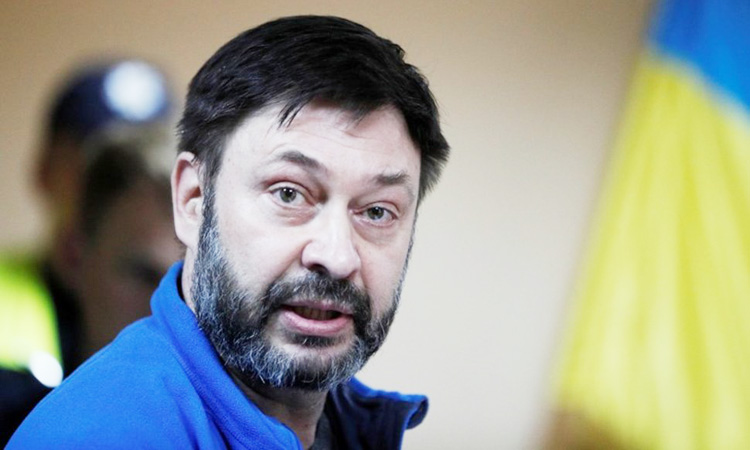 Kirill Vyshinsky, director of the Ukrainian office of the Russian state news agency RIA Novosti, who was detained in Ukraine. File photo/Reuters

Jailed Russian journalist Kirill Vyshinsky was freed from custody in Ukraine on Wednesday after a court ordered his release on bail, the TASS news agency reported.

Vyshinsky, the head of Russia's state-backed RIA Novosti news agency in Ukraine, was arrested last year and accused of supporting pro-Russian separatists. Vyshinsky faces up to 15 years in jail if convicted of the charges.