Fire at bar in Mexico kills at least 23 - GulfToday

Fire at bar in Mexico kills at least 23 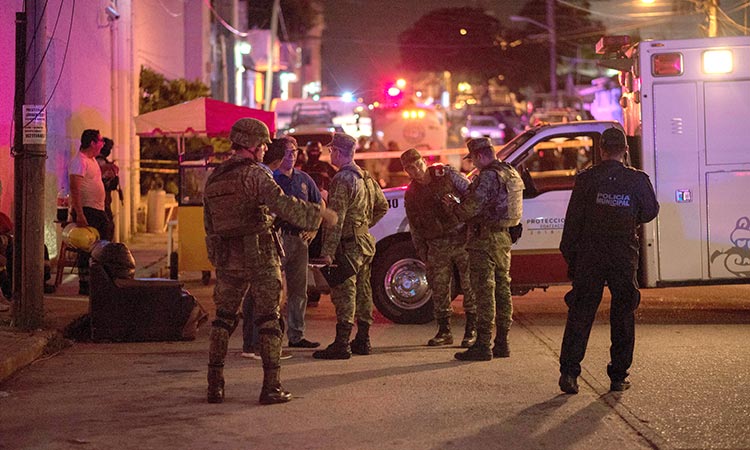 Soldiers gather near a crime scene following a deadly attack at a bar by unknown assailants in Coatzacoalcos. Reuters

At least 23 people have died after a fire at a bar in Mexico's southern port city of Coatzacoalcos, NBC News reported early on Wednesday, citing a statement by the office of Veracruz state's attorney general.

The fire, which happened on Tuesday night, killed at least eight women and 15 men, with another 13 people being treated at hospitals after being seriously injured, according to the report https://nbcnews.to/2HucwVg.

The office of the state's attorney general said it was investigating the fire and determining if it was intentional, NBC News reported.