The event will run until Aug.31 and coincides with the Year of Tolerance, with its slogan of “Working for the Environment, a Message of tolerance for the Future of Mankind.”

In its stand, Epaa showcased its very own Sharjah Kennel Centre, which is the first of its kind in the UAE. Sharjah Kennel Centre is the only official and exclusive centre approved by the World Canine Organisation (FCI) in the United Arab Emirates, to document and evaluate purebred breeds.

The centre is accounted as the only body responsible for the organisation of local and international exhibitions, according to the FCI standards. The centre also issues pedigree certificates, and certificates for the reproduction of purebred breeds.

Yousef Al Hosani, Director of Sharjah Kennel Centre, stated that around 88 dogs of different breads took part in the competition, from various Gulf countries, including the UAE and Bahrain. He pointed out that one of the purebred dogs from Bahrain won the first place in the competition. “The Centre is honoured to be a part of this outstanding exhibition, and future participation is certainly on the table of the centre’s annual plans,” Al Hosani said.

Hana Saif Al Suwaidi, Epaa Chairman, said, “We are keen to participate within various important activities and events at the UAE level, including the International Hunting and Equestrian Exhibition, which is a distinctive landmark with opportunities that offer its visitors to acquire the latest camping, hunting, equestrian, outdoor and marine sports equipment, and to see the heritage area, in an attempt to ultimately introduce visitors to the UAE’s rich heritage.

“Epaa’s participation within the exhibition is an opportunity to showcase the most important achievements of Sharjah, in the environmental aspect, and to also promote Sharjah Kennel Centre.”

Sharjah Kennel Centre organised the First International Exhibition for Purebred Dogs, accompanying the International Hunting and Equestrian Exhibition on the first day, with the participation of a number of purebred dog owners, and with an international referee from FCI.

Such competitions are considered an appraisal to test the best purebred dog traits, in accordance with the set standards and criteria.

Through this participation, Epaa aims to communicate and interact with the Exhibition’s visitors within one of the most attractive platforms, in order to introduce them to Epaa’s efforts. Which is evident within various fields of environmental preservation and protection, with the conservation of biodiversity, and the educational role played by Epaa through a set of activities, events and programmes that aims to raise the awareness of the society members on this area.

The17th Edition of the Abu Dhabi International Hunting and Equestrian Exhibition (Adihex) 2019 witnessed an impressive turnout on its opening day.

The slogan for this year’s edition is “Together to Consolidate Sustainable Hunting Initiatives.” As such, all the activities will highlight the definition of sustainable hunting among a universal audience in order to underline the environmental balance between hunting and preserving various birds of prey.

The 17th edition combines 11 sectors and they are: Veterinary Products & Services, Hunting Guns, Media, Outdoor Leisure Vehicles and Equipment, Hunting Tourism and Safari, Arts and Crafts, Equestrian, Falconry, Fishing and Marine Sports, Hunting and Camping Equipment and the Promotion and Preservation of Cultural Heritage. This is in addition to the Arena that is dedicated to horse, camel, and dog shows.

There was a workshop held that discussed the Illegal Trade in Birds of Prey that was held on the sidelines of the initiatives of the exhibition. It was held in the presence of Dr Thani bin Ahmed Al Zeyoudi, Minister of Climate Change and Environment; Majid Ali Al Mansouri, Secretary General of the Emirates Falconers’ Club and Chairman of the Higher Organising Committee of Adihex and Dr Sheikha Salem Al Dhaheri, Secretary General of the Environment Agency Abu Dhabi, and a number of local and international officials.

The workshop reviewed the mechanisms of the process and efforts taken by local and international institutions aiding the efforts of the International Association for Falconry and Emirates Falconers’ Club, who organised the workshop, to promote the elimination of illegal trade of birds of prey. 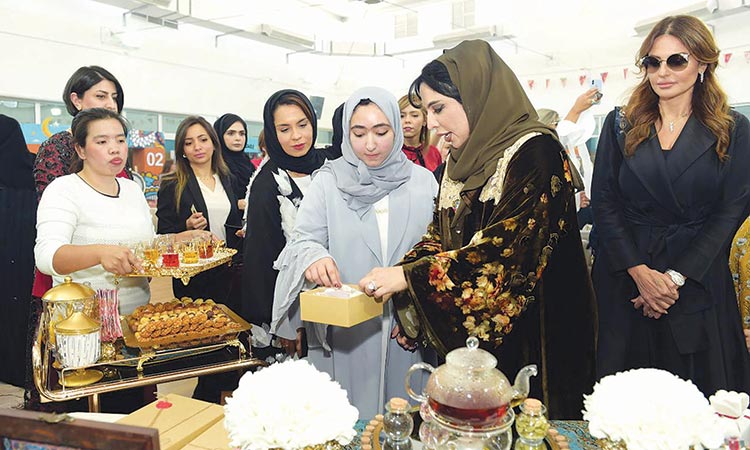 In an exceptional ceremony, Rashid Centre for The Determined Ones organised a unique exhibition to welcome the holy month of Ramadan, during which remarkable traditional and handicraft products were displayed. 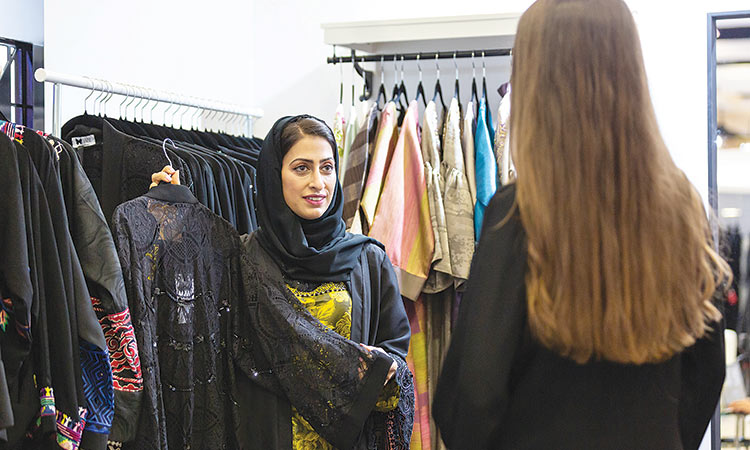 The Sharjah Business Women Council (SBWC), an affiliate of Nama Women Advancement Establishment’s (Nama), is supporting thirteen female business owners at the debut edition of “Azyan Exhibition and Conference”for Beauty, Fashion and Wellness at Al Jawaher Reception and Convention Centre, to showcase a wide range of their products and services over its four-day run from April 18-21.