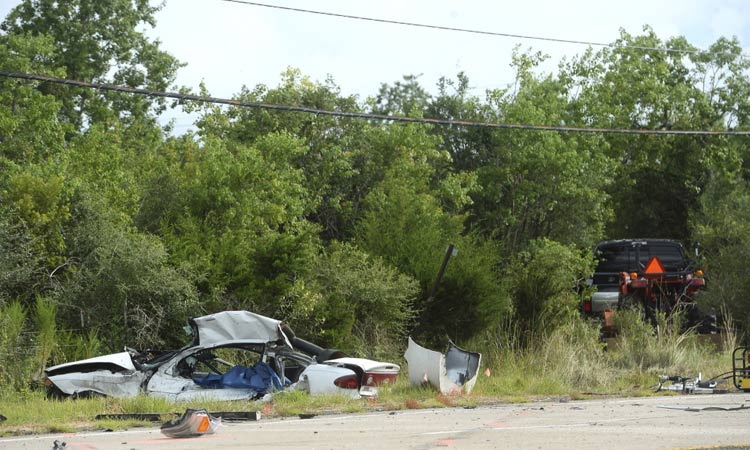 Wreckage is strewn at the scene of a fatal accident in Orange, Texas. AP

Harley Morgan was still wearing his dark suit and Rhiannon Boudreaux her wedding dress when the Texas "childhood sweethearts" were killed in a crash with a truck minutes after they were married.

Nineteen-year-old Morgan and 20-year-old Boudreaux were pronounced dead on Friday at the scene by the same justice of the peace who had just married them. 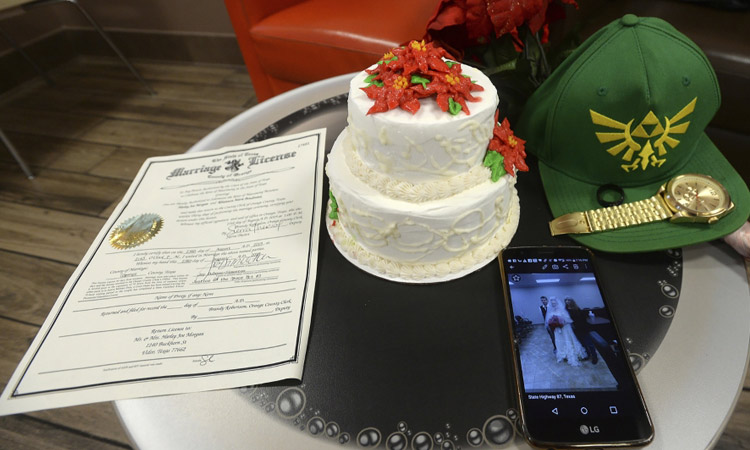 Wedding cake, marriage licence and other personal items on a table of the deceased couple. AP

"I'm talking five minutes. You may kiss the bride," said Orange Police Cpt. Keith Longlois. "The family was right behind them. They were all going out to go to wherever they were going to have their reception," he said.

He said the groom was driving when he tried to exit the driveway of the Justice of The Peace building onto a five-lane highway. A truck pulling a trailer carrying a heavy tractor slammed into their vehicle. The force was so great that witnesses said the car flipped multiple times before coming to rest in a ditch. 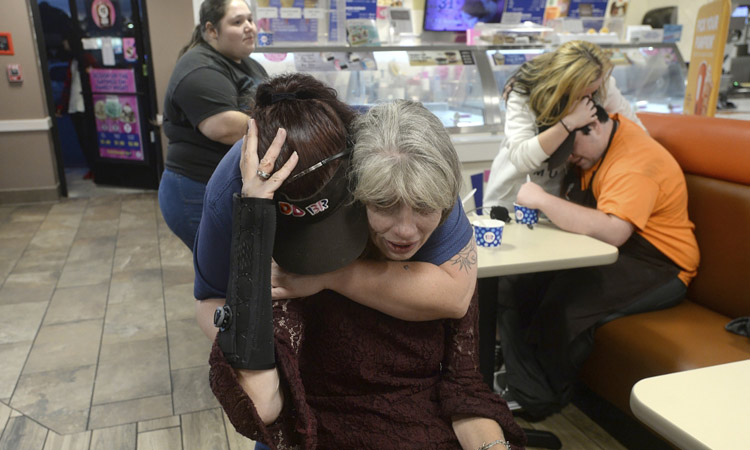 A group of friends and family gather to mourn Morgan's son Harley and his wife. AP

The driver of the truck was not identified but Longlois said he was cooperating with the investigation and there was no sign of wrongdoing. Drug and alcohol tests would be conducted, he said.

"I had to sit there and watch my two babies die," the mother of the groom, LaShawna Morgan, told the Beaumont Enterprise ... 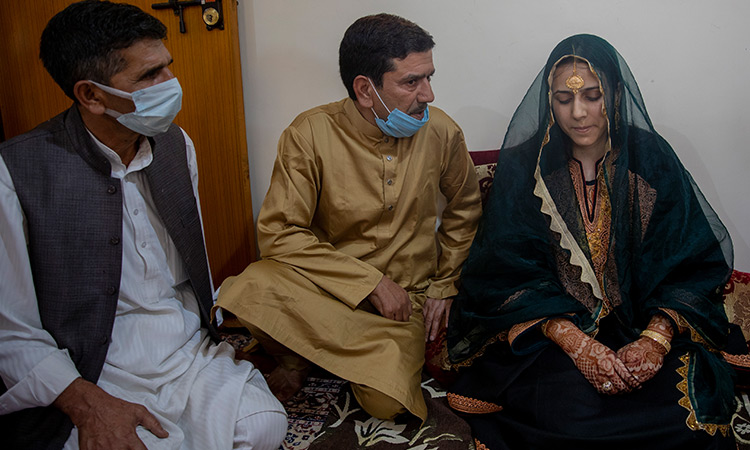