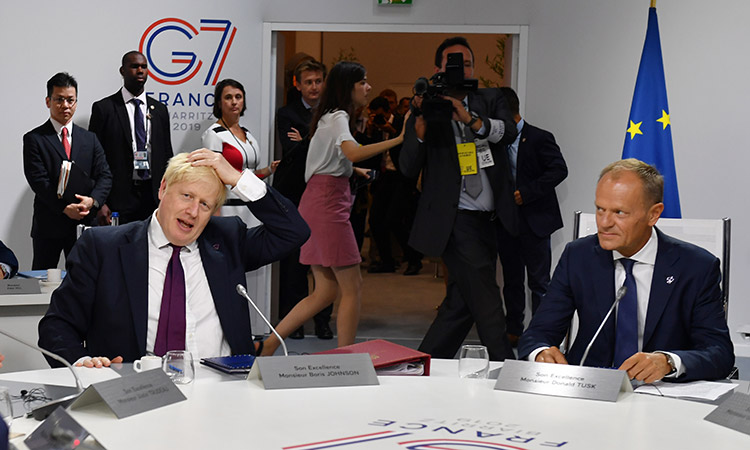 Britain must pay its Brexit divorce bill even if it crashes out of the bloc without a deal, the EU said on Monday, warning that future ties would be threatened if London failed to honour its commitments.

With the clock ticking and fears of no deal growing, Johnson and EU Council President Donald Tusk clashed at the G7 in France on Saturday, with the British leader insisting the current divorce deal must be changed. 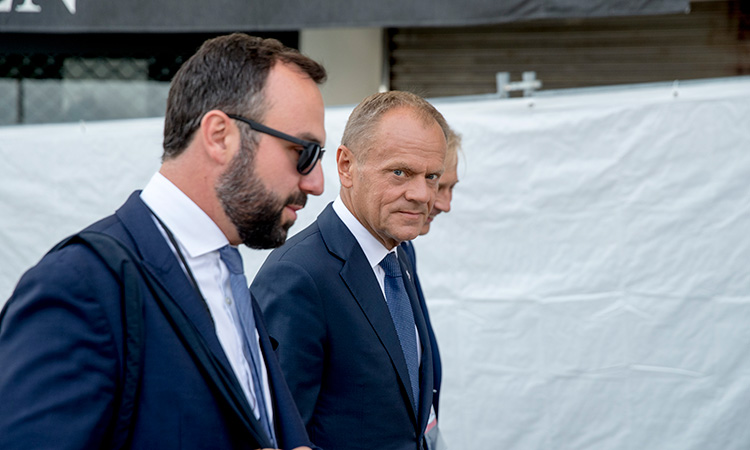 Asked if the EU would take Britain to court to recover the money, a spokeswoman for the European Commission instead stressed that a future trade deal between Britain and the remaining 27 states could be under threat unless London paid up.

"As we have said many times before, all commitments that were taken by the 28 member states should be honoured, and this is also and especially true in a no deal scenario, where the United Kingdom would be expected to honour all commitments made during EU membership," commission spokeswoman Mina Andreeva told reporters.

"Rather than going into judicial action threat, I think it is important to make clear that settling accounts is essential to starting off a new relationship on the right foot based on mutual trust."

Jean-Claude Piris, who served as director of the EU Council's legal services for more than two decades, tweeted: "If the U.K. refuses to pay its debts to the EU, then the EU will not accept to negotiate a trade agreement with the U.K."

Johnson has repeatedly said that if Britain leaves without a deal it will not have to pay the 39 billion pound (43 billion euro, $48 billion) divorce bill agreed by his predecessor Theresa May.

He repeated the claim again on Sunday, telling Britain's ITV broadcaster that the money would be "no longer, strictly speaking, owed" and his government would be left with "very substantial sums" to spend.

Downing Street has reportedly refused to say how much the UK would be prepared to pay, though a report in the Times newspaper on Monday quoted a figure of seven billion pounds.

The tough line from Brussels echoes comments by a French official last week who warned London against thinking "there's not a deal, so I won't pay", saying "there's no magic wand that makes this bill disappear."

Johnson is adamant the withdrawal agreement struck by May -- rejected by his lawmakers three times -- is dead in the water and changes must be made, particularly on the arrangements for the border between EU member Ireland and British-ruled Northern Ireland. 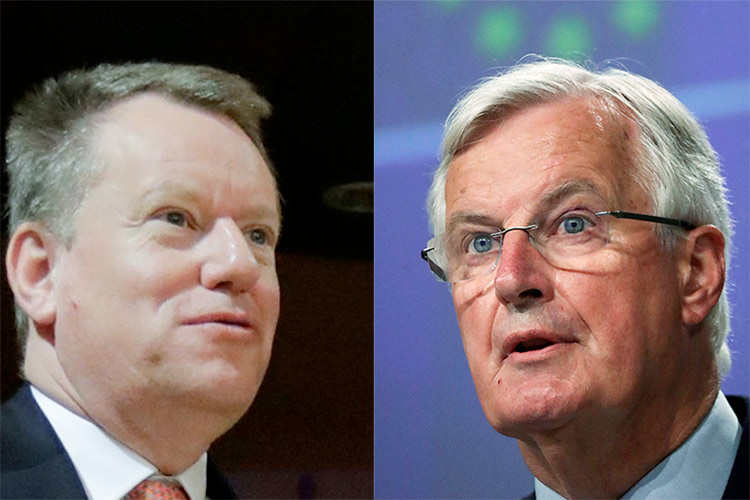