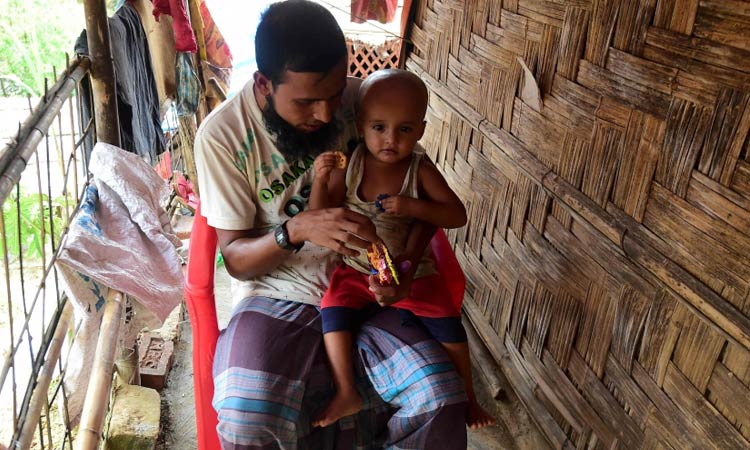 Heavily pregnant Rohingya mother Rashida Khatun fled her home in a remote village in Myanmar's Rakhine state two years ago, bone-tired but desperate to find a safe place to give birth.

After walking for hours with her husband and three children, Khatun took a treacherous sea journey in bad weather to reach the southeastern tip of Bangladesh.

The family took shelter beside a road and erected a makeshift roof with twigs and a polythene sheet.

"I was so tired. Yet I wanted to give a safe birth to my unborn baby," the 29-year-old mother told AFP.

"I thought he wouldn't survive because we were getting drenched by the rain."

Shah turned two on Sunday — the second anniversary of the mass exodus of some 740,000 Rohingya who fled a brutal military crackdown in western Myanmar and took refuge in vast, squalid camps in Bangladesh. 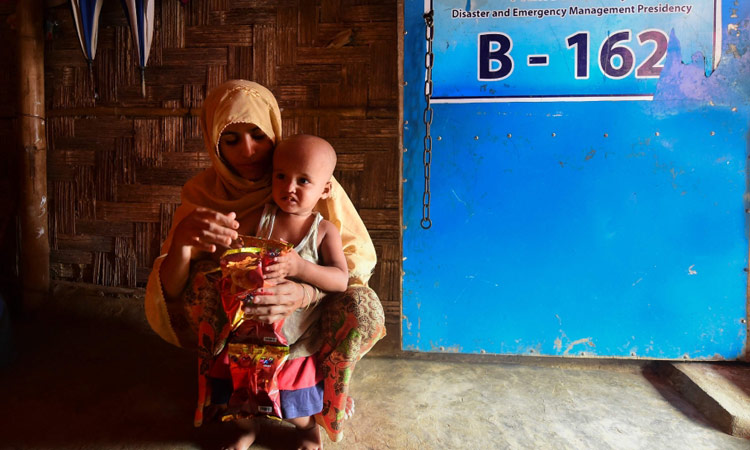 His birth, and his family's ordeal, are a reminder of the struggles the stateless Muslim minority went through to flee their homeland.

Some 200,000 Rohingya took part in a rally at the world's largest refugee settlement on Sunday to mark what the refugees describe as "Genocide Day".

He said his other children still remembered the trauma of the perilous journey.

"I am so happy for Shah that he didn't have to go through those woes. I will make him an Islamic scholar someday," he added.