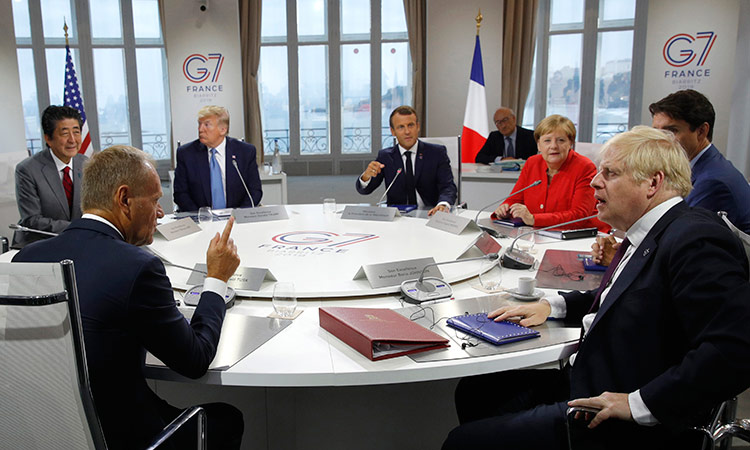 The leaders of the G-7 countries and European Council President Donald Tusk attend a G7 working session on Saturday.

Leaders of the Group of Seven are arriving for a working meeting focused on looming threats to the global economy.

Sunday's gathering in the French seaside resort of Biarritz comes on the heels of the first face-to-face meeting between Trump and British Prime Minister Boris Johnson, who is hoping for a quick trade accord with the United States as Britain's exit from the European Union approaches. 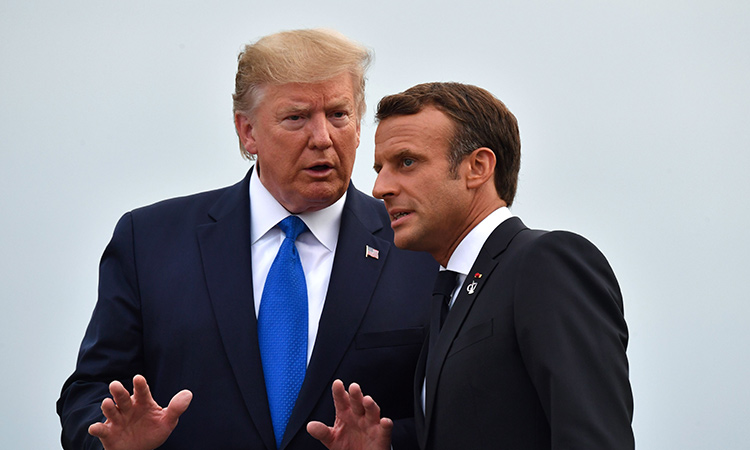 Speaking on the sidelines of the Group of Seven summit in France, Trump was asked what his advice was for Britain's departure from the European Union.

Trump responded: "He needs no advice. He is the right man for the job."

Johnson replied that the president was "on message there."

The much-anticipated meeting was the first since Johnson took Britain's top job last month. The pair met for a working breakfast on Sunday after being photographed on Saturday night walking and talking on the margins of the summit.

Johnson desperately needs a US trade deal post-Brexit, as Britain will lose its easy access to the EU's single market.

Leaders of major world economies are meeting to discuss the shaky world economy amid trade disputes and uncertainty over US President Donald Trump's policies.

Trump tried to play down tensions among Group of Seven leaders after they had dinner Saturday in the southwest French resort of Biarritz. He is worried that the global economic slowdown is spreading to the US before next year's elections.

The G-7 leaders are meeting Sunday morning to focus on what they can do together to boost the economy. They include the heads of Britain, France, Germany, Japan, Canada and Italy.

Disputes on trade have unsettled the global economy because businesses don't know where tariffs will be imposed.