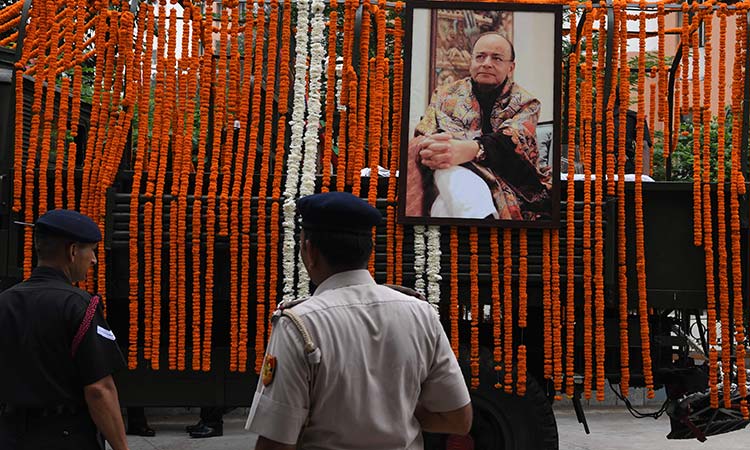 A picture of Arun Jaitley hangs on a vehicle carrying a coffin with his dead body. Sajjad Hussain/AFP

Jaitley passed away at AIIMS on Saturday after a prolonged illness.

A large crowd gathered outside the BJP headquarters here on Sunday for a last glimpse of former Finance minister and BJP leader Arun Jaitley as his body was taken to Nigambodh Ghat for cremation. The cremation will take place at 2.30pm (local time).

Security was beefed up outside the BJP headquarters on Deendayal Upadhyay Road, with both police and paramilitary forces deployed in strength. 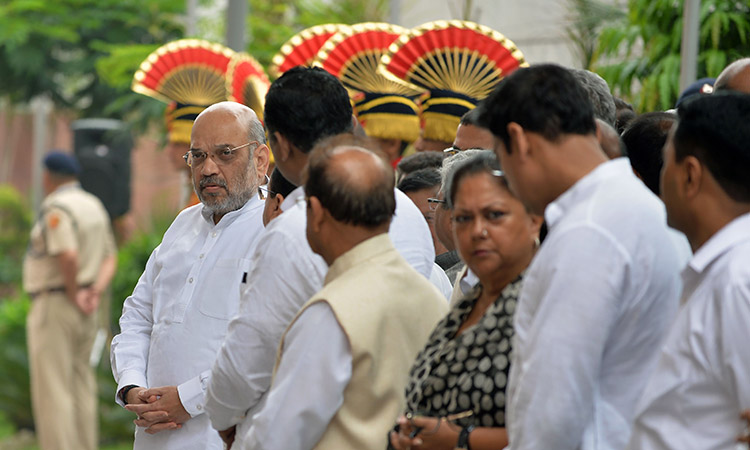 BJP leaders wait to receive the coffin with the body of Arun Jaitley. AFP

In the morning, hordes of people tried to enter the BJP headquarters when the body of Jaitley, who died at AIIMS on Saturday, was brought there in a procession from his house in Kailash Colony, south Delhi.

Remembering Jaitley, his close friend and television anchor Rajat Sharma, said: "One can never find a friend like him. Will always remain on the path he showed."