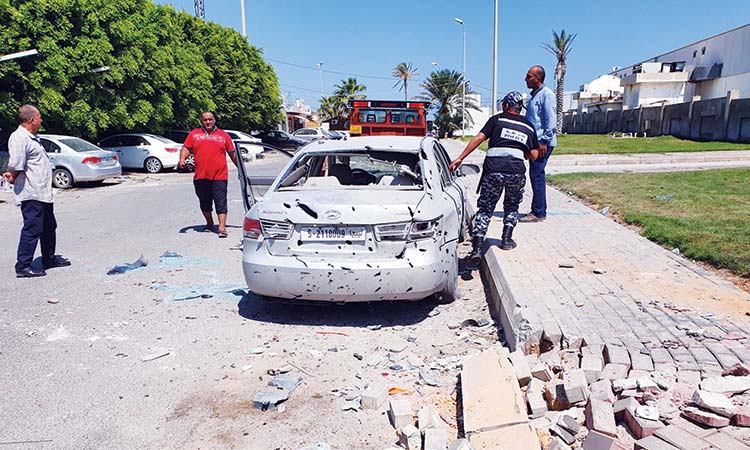 Flights were temporarily suspended on Saturday at the Libyan capital’s sole functioning airport after it was hit by a rocket as two civilian flights were landing, airport authorities said.

“Flights are suspended until further notice due to rocket fire,” the Mitiga airport said on its Facebook page.

After a pause of several hours flights resumed around midday, airport authorities announced in a later post.

Located east of Tripoli, Mitiga is a former military airbase that has been used by civilian traffic since Tripoli international airport suffered severe damage during fighting in 2014.

Authorities said a rocket hit just as two flights were landing — a Buraq Air flight from Istanbul and a Libyan Airlines flight inbound from Medina in Saudi Arabia carrying over 200 passengers, including pilgrims returning from Mecca.

Mitiga has previously been targeted in fighting between the Tripoli-based UN-recognised Government of National Accord (GNA) and forces loyal to eastern Libyan strongman Khalifa Haftar.

The two sides have since been embroiled in a stalemate on the capital’s southern outskirts and Haftar’s forces have allegedly repeatedly targeted Mitiga.

The origin of Saturday’s rocket fire was not confirmed but the GNA forces blamed Haftar’s forces.

The blast damaged a sidewalk outside the airport terminal and left cars parked nearby riddled with shrapnel, an AFP photographer at the scene said. The UN mission in Libya said it is concerned by the “growing frequency” of these attacks, which have come close to hitting civilian aircraft.

Meanwhile, three civilians were killed on Saturday in an air raid south of the Libyan capital, a source in the Tripoli-based Government of National Accord said.

“One of the raids hit a house in the area,” he added, accusing eastern strongman Khalifa Haftar of being behind the strikes and others targeting residential areas of the capital and its suburbs.