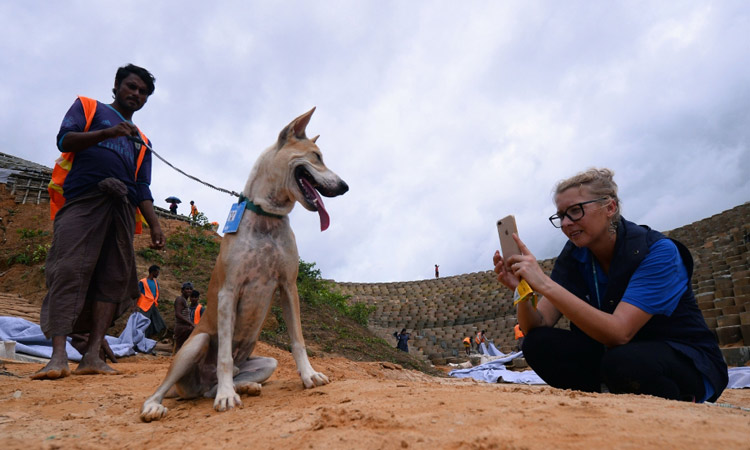 Gemma Snowdon takes images to post on social media of Foxtrot in the Kutupalong camp for Rohingya refugees in Bangladesh. AFP

With interest in the Rohingya refugees fading two years after fleeing their homeland, the World Food Programme (WFP) has found a new weapon to maintain awareness, one with a wet nose and a wagging tail.

Hundreds of thousands of Rohingya refugees have fled a military crackdown in Myanmar into Bangladesh. They are now stuck in vast refugee camps with little prospect of returning home. 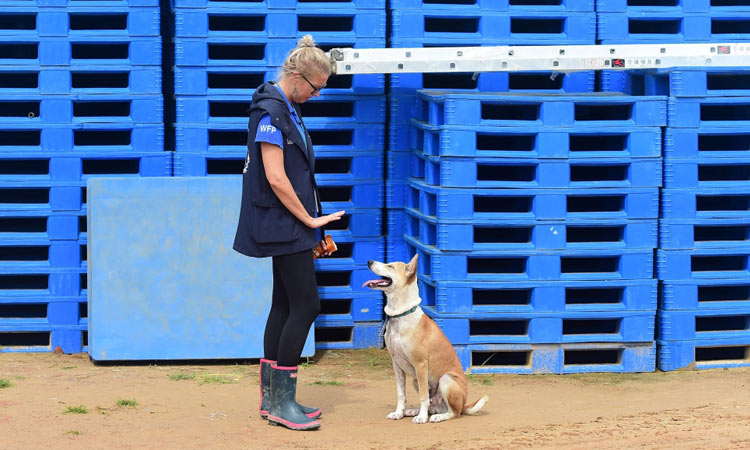 The exodus attracted global attention at the time, but despite the efforts of aid agencies — including a February visit to the camps by UN Special Envoy Angelina Jolie — the world is losing interest. But late last year, workers from the WFP rescued a three-week-old puppy abandoned on the beach, adopting him and naming him Foxtrot.

Gemma Snowdon, a WFP communications officer, said that after posting photos of Foxtrot on her personal social media pages, she had a brainwave that the canine could be put to good use. 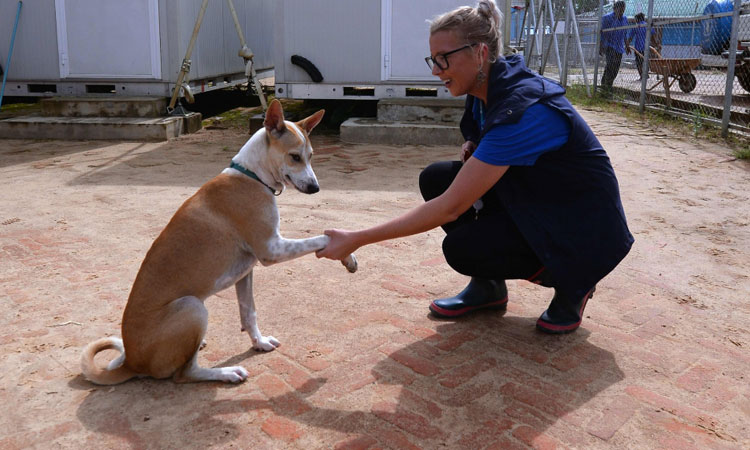 Now Foxtrot has his own Instagram account — called "humanitarian_pup" — with regular updates on his activities around the camps, sometimes wearing his own blue UN apron.

"As time goes on, interest and attention on situations like these and emergency responses like these does naturally die off," Snowdon told AFP.

"Foxtrot is opening us up to new audiences, and keeping the story of what's happening here on the agenda," she said. "He's very popular with donors."