India increases curbs in Kashmir ahead of protests - GulfToday

India increases curbs in Kashmir ahead of protests 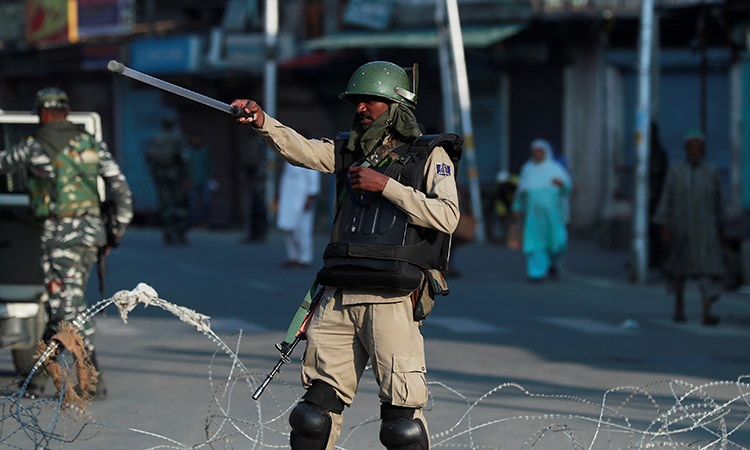 A security personnel stops movement of vehicles at a road in Srinagar on Friday. Danish Ismail / Reuters

Authorities in the main city of Indian Kashmir tightened security ahead of Friday prayers after separatists called for a protest march to a UN office, with streets bristling with paramilitary personnel and some blocked by checkpoints.

Posters appeared overnight this week in Srinagar, the Muslim-majority region's main city, calling for a march to the office of the UN Military Observer Group for India and Pakistan (UNMOGIP), to protest against India's revocation of Jammu and Kashmir state's special autonomy.

The call by separatists seeking Kashmir's secession from India was the first since that decision on Aug.5, which brought communication and travel restrictions in Kashmir that are still largely in place. Some landlines were restored last week.

The UNMOGIP was set up in 1949 after the first war between India and Pakistan over Kashmir.

The group monitors ceasefire violations along the border between the countries.

US President Donald Trump plans to discuss Kashmir when he meets Indian Prime Minister Narendra Modi on the sidelines of a G7 meeting in France this weekend, a senior US administration official said on Thursday.

Trump, who has offered to mediate between Indian and Pakistan, will press Modi on how he plans to calm regional tensions after the withdrawal of Kashmir's autonomy, and stress the need for dialogue, the official said.

Protests have broken out in parts of Srinagar over the last two weeks, some drawing hundreds of people. At least 152 people have been hurt by teargas and pellets since security forces launched a sweeping crackdown, data from the Himalayan region's two main hospitals shows.

On Friday, several dozen paramilitary personnel manned at least two barriers on the main road leading to the office of UNMOGIP in Srinagar and public movement around it was blocked.

Entry into the city's old quarter, which has long been a centre for protests, was severely curtailed, as policemen blocked street after street with concertina wire.

Large swathes of Srinagar remained deserted with shops shut except for some provision stores with shutters half-down.

On the Dal Lake, long rows of houseboats, which would typically be packed with tourists this time of the year, floated closed and empty, as police patrolled its mirror-calm waters in boats.

Meanwhile, France's Emmanuel Macron had a "frank" exchange with Modi about tensions in divided Kashmir on Thursday, telling him Paris would remain attentive to the rights of people living both sides of the ceasefire line.

As tensions soared in the flashpoint region, the French president said he would also have a similar exchange with Pakistan's Prime Minister Imran Khan in the coming days.

His remarks came after talks with the Indian premier at the chateau in Chantilly, just north of Paris.

Macron said he told Modi it was the responsibility of both India and Pakistan "to avoid any deterioration on the ground which could lead to an escalation", noting the importance of resolving their differences bilaterally.

And he said France would "remain attentive to ensure the interests and rights of the civilian populations are properly taken into account in the territories on both sides of the (Kashmir) ceasefire line."

French officials had earlier said they would push Modi to explain how he saw things playing out in the region in the coming days and weeks.

On Thursday, UN rights experts said they were concerned about "massive numbers" of troops brought in to enforce restrictions and about the apparent rise in arrests of political figures, journalists, human rights activists and protesters.

Speaking in Hindi, Modi made no direct remarks on Kashmir but pledged to continue the fight against "radicalisation", saying India had gained France's "valuable support in fighting cross-border terrorism".

He hailed defence cooperation as an "important pillar" of the relationship with France, saying India would take its first delivery of French fighter jets next month. 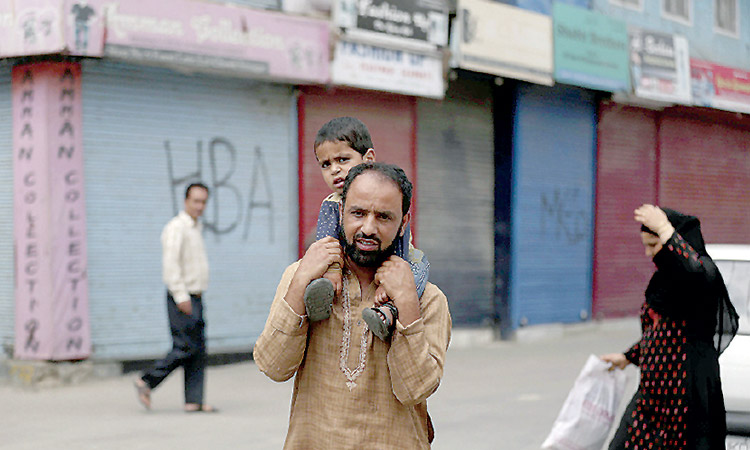