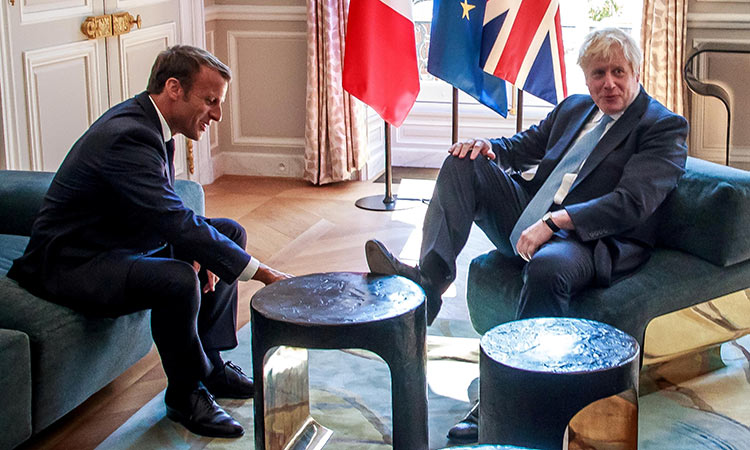 Emmanuel Macron and Boris Johnson hold talks during a meeting at the Elysee Palace in Paris on Thursday. Christophe Petit Tesson/ Reuters

British Prime Minister Boris Johnson apparently wasn't sweating it despite the high stakes subject of his talks with the president of France: Brexit.

So relaxed was he during his Thursday visit to Paris that he sat deep in an upholstered chair in an Elysee Palace salon - and briefly put his foot on a coffee table.

President Emmanuel Macron, facing his guest from a chair on the other side of the small round table, appeared to make his guest feel at home.

Macron modernized the palace furniture after his 2017 election, casting off formality for high-toned comfort and a more relaxed style.

The two men joked, with Macron slapping his hand on the table. Johnson put his foot on it, while Macron pointed to the floor - where feet belong. Boris then said "sorry" with a wave and laugh.

The informal posture of the two, acting like clowning chums despite differences over Britain's expected fall departure from the EU, may be the new normal in the often-tense world of diplomacy.

After all, Macron squeezed the thigh of President Donald Trump during a meeting in Paris in November. 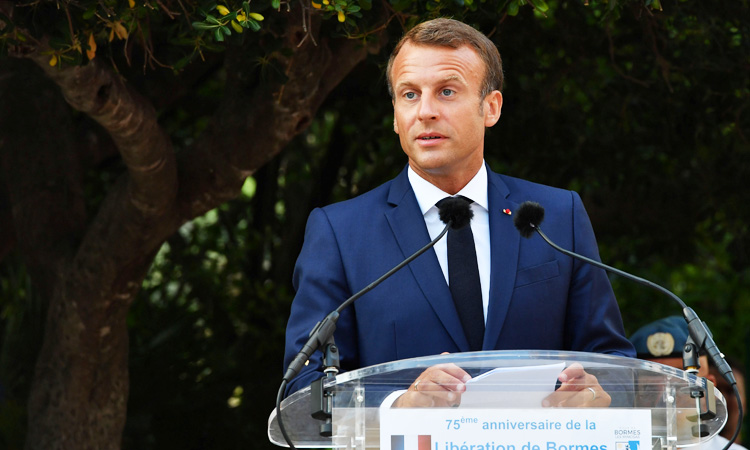 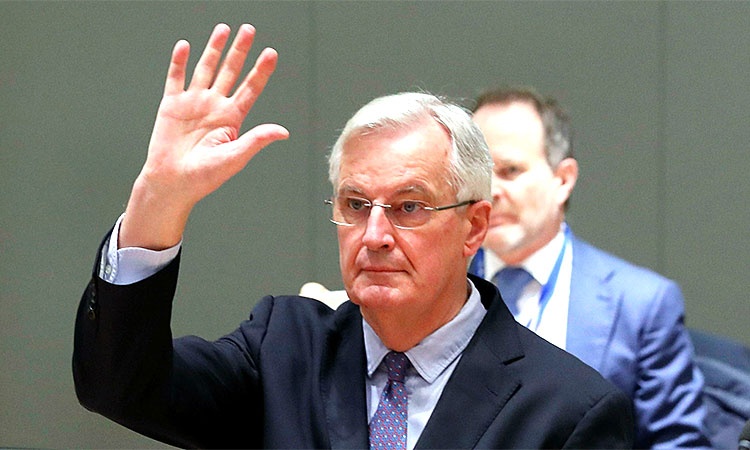 For the moment, the English are not interested in the French election. Brexit has dulled us into a sleepy indifference about European affairs. Boris Johnson proclaims the arrival of a “global Britain”, an invocation of the time when the UK was a world