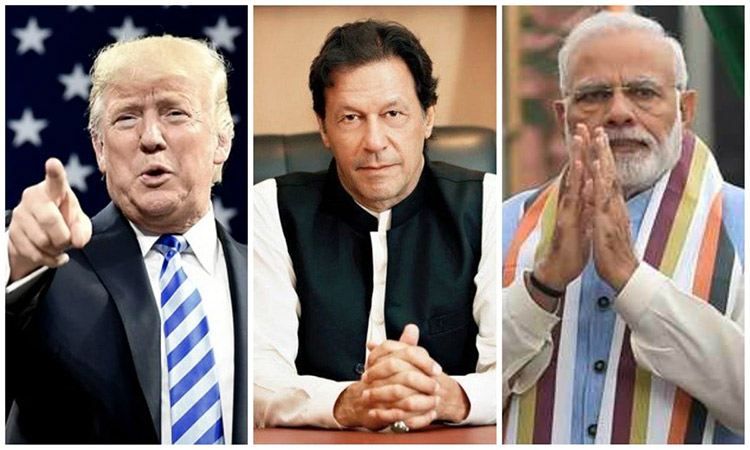 Trump spoke with Imran Khan and Narendra Modi on Monday, urging them to reduce tensions over the disputed region of Kashmir.

“Spoke to my two good friends, Prime Minister (Narendra) Modi of India, and Prime Minister (Imran) Khan of Pakistan, regarding Trade, Strategic Partnerships and, most importantly, for India and Pakistan to work towards reducing tensions in Kashmir,” Trump tweeted.

“A tough situation, but good conversations!” the president wrote.

On August 5, New Delhi scrapped Article 370 in the Indian constitution that had granted Kashmir special autonomy. It split the state of Jammu and Kashmir in two and downgraded their status to union territories, sparking a row with Pakistan.

Modi's government also restricted freedom of movement in the region and cut the internet and phone lines.

Kashmir — which has been divided between India and Pakistan since their independence in 1947 — has been the spark for two major wars and countless clashes between the nuclear-armed arch-rivals, most recently in February when they conducted tit-for-tat air strikes.