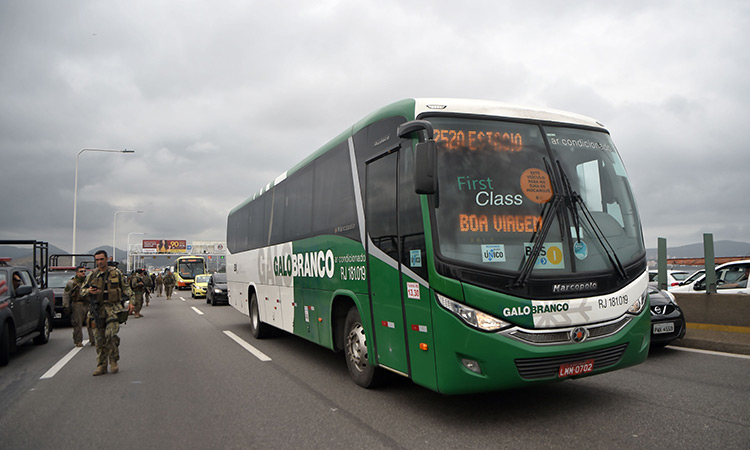 The bus in which a gunman held 31 hostages before being shot dead is being taken away in Rio de Janeiro on Tuesday. Mauro Pimentel / AFP

A police sniper in Rio de Janeiro on Tuesday shot dead a man who had hijacked a bus on a bridge across Guanabara Bay and taken 37 people hostage, in a dramatic end to an incident that underlined the daily grind of violence in the Brazilian city.

The hijacking, from which all the hostages emerged unharmed, began before dawn when a masked man commandeered a commuter bus on the bridge connecting Rio with the city of Niteroi. The man took 37 people in the bus hostage before freeing six of them, officials said.

About four hours later, the hostage-taker walked out of the bus, flung a backpack toward police and then fell to the ground as he tried to re-enter the vehicle, TV images showed. Police officials said he was shot by a police sniper.

Videos showed the sniper, positioned for more than an hour on top of a fire truck, celebrating after shooting the man. 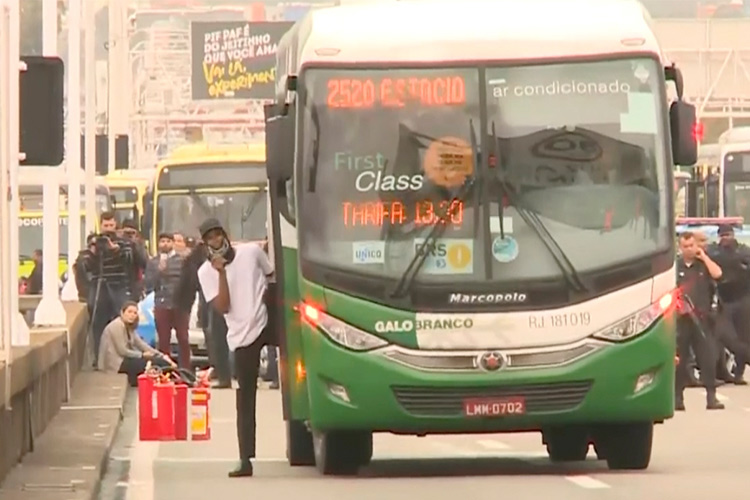 An armed man steps outside of the bus on the bridge connecting the city of Niteroi to Rio de Janeiro. AP

Police did not provide more details on the hostage-taker.

In a news conference later, Rio de Janeiro state Governor Wilson Witzel said there was a strong smell of gasoline in the bus and that the hijacker had a lighter in his hand.

"Congratulations to the Rio de Janeiro police for the successful action that ended the bus hijacking on the Rio-Niteroi bridge this morning," President Jair Bolsonaro wrote on Twitter.

"The criminal was neutralized and no hostage was injured. Today, no family-member of an innocent person will be in tears."

Bolsonaro, a far-right former federal congressman who represented the state of Rio de Janeiro for nearly three decades, has long advocated that police take a tougher line to combat years of rising crime. 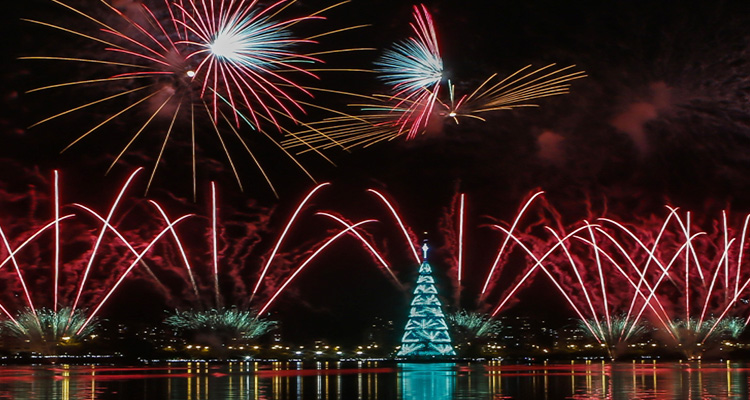 The Brazilian city of Rio de Janeiro has lit up its traditional floating Christmas tree - one of the biggest of its kind in the world - with musical shows and fireworks, marking the beginning of the December festivities.