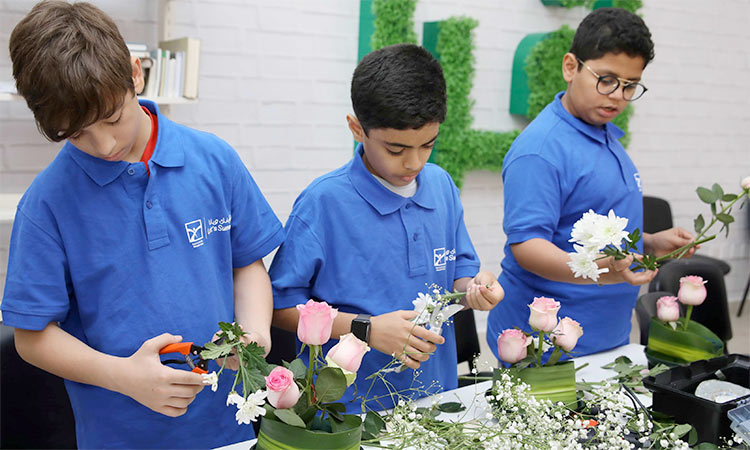 A group of children participate in a flower arrangement workshop.

This summer, 17-year-old Ahmad Al Zarooni tried something new. He had always taken part in group activities at school but had not been particularly enthused by them. But now, it is different. After attending the summer camp organised by Sharjah Youth, an affiliate of Rubu’ Qarn Foundation for Creating Leaders and Innovators, Ahmad has started thinking about his future and sharing his ideas and plans with his family and friends.

The ‘Let’s Summer’ camp, which took place over the course of two weeks in July and August, featured workshops on Ted Talk and public speaking that had sparked his interest. The young participant Ahmad pointed out how this summer camp changed everything for him.

“I discovered that I was interested in Astronomy, and that I enjoy sharing my views with others. I also learned a lot about the UAE’s upcoming Mars expedition, which is very exciting,” he says.

When offered an opportunity to appear on a talk show on TV, Ahmad had no hesitation in accepting it. In addition, he proudly stated that he received the invitation to the talk show a week after he attended the camp, and was extremely comfortable in facing the camera and freely expressing his mind.

Although each camp is different, there are some common benefits of summer camps which are essentially a special type of community where kids come together to have fun. Within the camp setting, children and youth develop a sense of independence as they try new adventures away from home or school.

Contrary to popular opinion, different types of children thrive in a summer camp. If the child is shy like Ahmad was, the camp may help him or her develop skills to be more comfortable in their social environment.  Summer camps build confidence and a positive attitude. They help children make new friends and feel good about themselves. When children are a part of a group or a team, they grow individually and together, an invaluable social and developmental experience.

Hussein Abdullah Al Mulla, Manager of Wasit Youth Centre said, “We saw a lot of enthusiasm from participants in the workshops, and during our Ted Talk and public speaking workshops, they were eager to try something new on stage and give off their best while delivering a speech. Even youth who were not great orators gained some skills, such as the confidence to stand on stage and express themselves clearly.”

For his part, Khalid Al Rayssi, Manager of Kalba Youth Centre stated, “Summer camps are effective platforms to get youth to learn something new, where they held a flower arrangement and drone workshops.”

He also mentioned that the organised summer camps are not for the purpose of replicating the school environment, but in fact, the workshops are designed to be fun and recreational, and at the same time informative.

In addition, Al Rayssi stated, “We held a flower arrangement workshop and to the surprise of  many parents, our youth were very enthusiastic about participating in it.”

Summer programmes also allow youth to explore new interests, allowing them to delve deeper into something they were already passionate about.

Al Rayssi finally added that the drone workshop provides an opportunity for youth to work in four groups in order to learn how to operate and fly drones with full control. The workshop turned out with great results of instilling communication and team-work skills in the participants.

Camps are a space for kids to learn valuable life skills differently from how they do at home or school. They offer them time away from family and regular friend groups. These experiences give them the space to gain independence. It gives them opportunities to be responsible and accountable for individual and group tasks.

Ahmad Shahen Al Hosani, Manager of Khorfakkan Youth Center, referred to the fire and evacuation workshop that was organised at the centre. 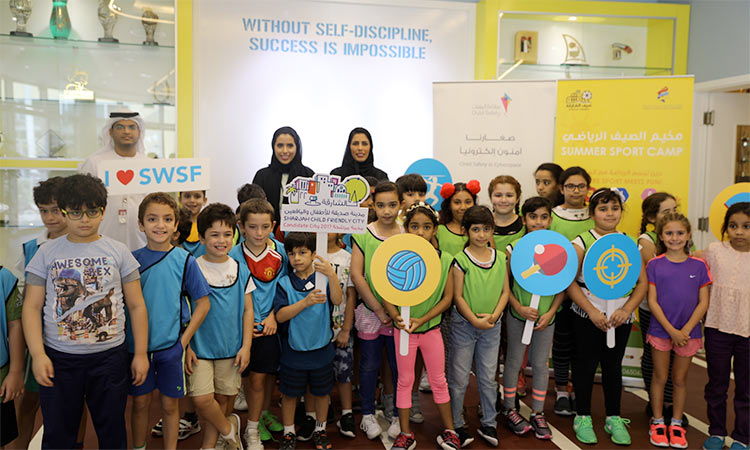 In keeping with its dedication to promoting a culture of sports and encouraging children to exercise, the Sharjah Women’s Sports (SWS) will be organising a Summer Sports Camp for children from July 7 to August 29. The camp is aimed at gainfully harnessing the summer break to benefit children by honing their physical and intellectual skills.

A canvas of kids, crafts, cupcakes and colour

UAE citizens and residents can enjoy a fun-filled summer at Sharjah’s awe-inspiring Al Noor Island. So, if you are looking to gainfully engage your children during their school holidays, look no further.