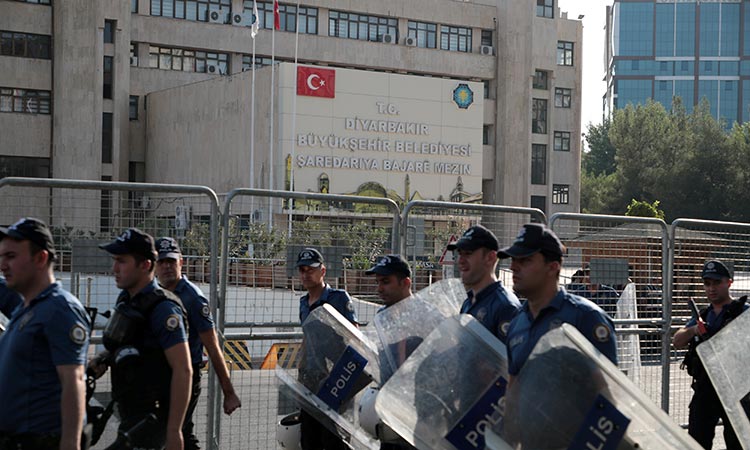 Turkey replaced the pro-Kurdish party mayors of the southeastern cities of Diyarbakir, Van and Mardin on Monday over terrorism-related investigations, appointing the state governors in those provinces in their place, the Interior Ministry said.

The three mayors were accused of various crimes including membership of a terrorist organisation and spreading terrorist group propaganda, the ministry said in a statement.

Turkey dismissed dozens of mayors in the country's mainly Kurdish southeast in 2016 over suspected links to the outlawed Kurdistan Workers Party (PKK) militant group, replacing them with state administrators.

Ahead of local elections in March, President Tayyip Erdogan warned that mayors from the pro-Kurdish Peoples' Democratic Party (HDP) could again be dismissed if they, like their predecessors, are deemed to have ties to militants.

Erdogan frequently accuses the HDP of links to the PKK, which is designated a terrorist group by Turkey, the European Union and United States. The HDP denies such links.

The PKK launched an insurgency in 1984. More than 40,000 people have been killed in the conflict.

The president previously said that Turkey's patience was wearing thin after Turkish and American officials agreed in August to establish a buffer zone in northern Syria.