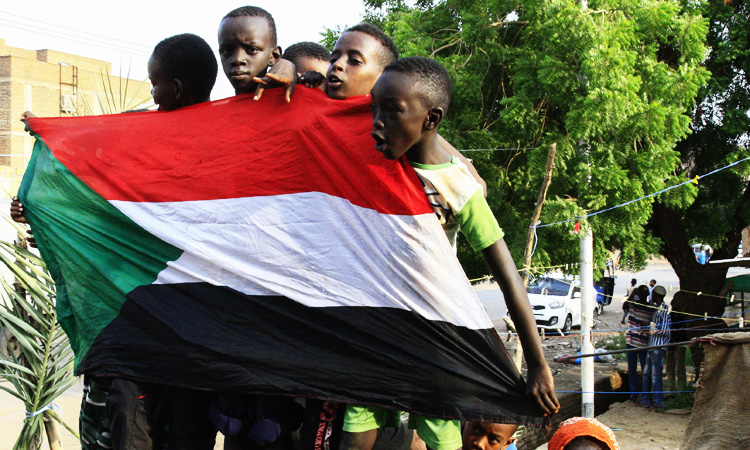 Young Sudanese boys carry a national flag as they celebrate in Bahri, a day after generals and protest leaders signed a historic transitional constitution on Sunday

Sudan’s deposed military leader Omar al-Bashir, who ruled the country for 30 years, arrived in court on Monday in Khartoum for the start of his trial on corruption charges.

Bashir, 75, was forced from power on April 11, after months of protest against his regime and appeared before a prosecutor for the first time on June 16.

Now detained, the Islamist general was informed by the prosecutor’s office that he faced charges of “possessing foreign currency, corruption and receiving gifts illegally.” 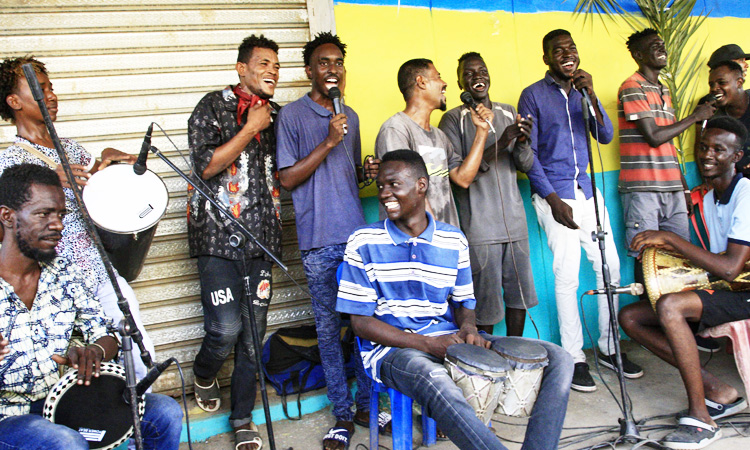 An AFP reporter outside the Judicial and Legal Science Institute where the trial is taking place said Bashir arrived in a huge military convoy.

In April, Sudan’s army ruler General Abdel Fattah al-Burhan said more than $113 million worth of cash in three currencies had been seized from Bashir’s residence.

In May, the prosecutor general also said Bashir had been charged over killings during the anti-regime protests which eventually led to his ouster.

Protests against Bashir’s rule erupted on Dec.19 after his government tripled the price of bread.

The most serious indictments facing Bashir, who ruled the country since seizing power in a 1989 coup, have been filed by the Hague-based International Criminal Court (ICC).

They include war crimes, crimes against humanity and genocide for his role in the war in Darfur, where a rebellion erupted in 2003.

The United Nations says the conflict has left more than 300,000 people dead and 2.5 million displaced, with hundreds of thousands still living in miserable and impoverished camps more than a decade and a half later.

The ICC has for years demanded that Bashir stand trial, and has renewed its call since his fall.

In a statement issued last week, Amnesty International warned that his graft trial should not distract from the heavier charges he faces in The Hague.

“While this trial is a positive step towards accountability for some of his alleged crimes, he remains wanted for heinous crimes committed against the Sudanese people,” Amnesty’s Joan Nyanyuki said.

“Omar al-Bashir has evaded justice for far too long as the victims of horrific crimes still wait for justice and reparations more than a decade since the ICC issued the first warrant for his arrest,” she said.

The London-based watchdog urged the country’s new transitional institutions to ratify the ICC’s Rome Statute, a move that allows for his transfer to the international tribunal.

Sudan’s ruling generals and protest leaders were expected to announce the composition of a transitional sovereign council on Monday.