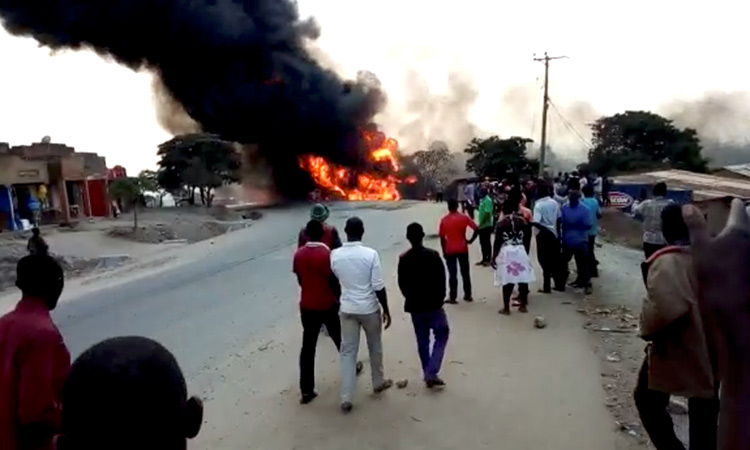 People look towards a fire following a fuel truck collision in Rubirizi, Uganda, on Sunday. Reuters

Ugandan police say 10 people have been killed in an explosion following an accident involving a fuel tanker in western Uganda.

Police said in a statement Monday that the explosion happened Sunday after a fuel tanker lost control and rammed two commuter taxis and a saloon car. The statement said that "three smaller secondary explosions" of vehicles parked nearby followed, and several shops also caught fire.

Scores were killed in Tanzania earlier in August when a damaged fuel tanker exploded as people swarmed around it.