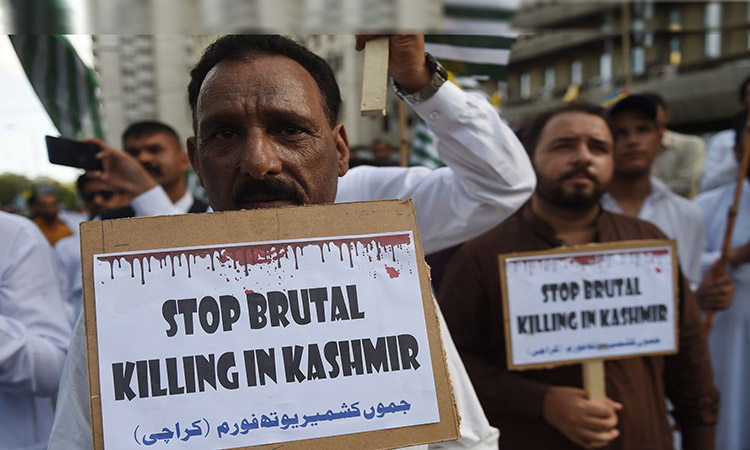 Pakistan said Indian troops have fired across the Line of Control in the disputed Kashmir region, killing two civilians and wounding another.

Pakistan and Indian often exchange fire in the Himalayan region, but tensions have increased since Aug. 5 when New Delhi changed the status of Indian-administered Kashmir, which is split between the nuclear-armed and claimed by both.

Pakistan's foreign ministry said in a statement Monday that civilian casualties occurred Sunday because of "unprovoked ceasefire violations" by India in the border villages of Hot Spring and Chirikot.

The ministry said Pakistan summoned an Indian diplomat and lodged a protest over continued ceasefire violations, which "are a threat to regional peace." 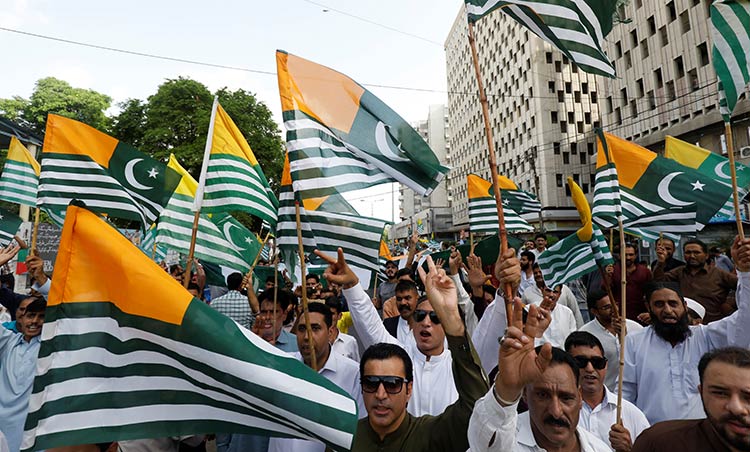 Pakistan and India have fought two wars over control of Kashmir since they won independence from British colonialists in 1947.

India has imposed a security lockdown in its portion of Kashmir to avoid violence in reaction to the move to change the territory's status.

The government has said it was gradually restoring phone lines and easing the lockdown, but changes were slow. Public buses were running in rural areas, but soldiers limited the movement of people on mostly deserted streets in Srinagar, the region's main city.

The Press Trust of India reported that restrictions were reimposed in parts of Srinagar after violence was reported on Saturday.

About 300 Kashmiris returned to Srinagar on Sunday from a Hajj pilgrimage in Saudi Arabia. Many of them became emotional while reuniting with their family members who met them at the city's airport. Due to the security and communications lockdown, many travelers were unable to contact anybody in the Kashmir region.

"Neither us nor our relatives here knew if we were dead or alive," Muhammad Ali said after returning from Mecca.

A “conservative way” of treating wounds has found its way back in the past five years and an Emirati plastic surgeon with his colleagues at the Gulf Wound Management Association (GWMA) are now into it.

Three workers got injured after being attacked by a raging bull that had escaped from a farm in Al Ain.