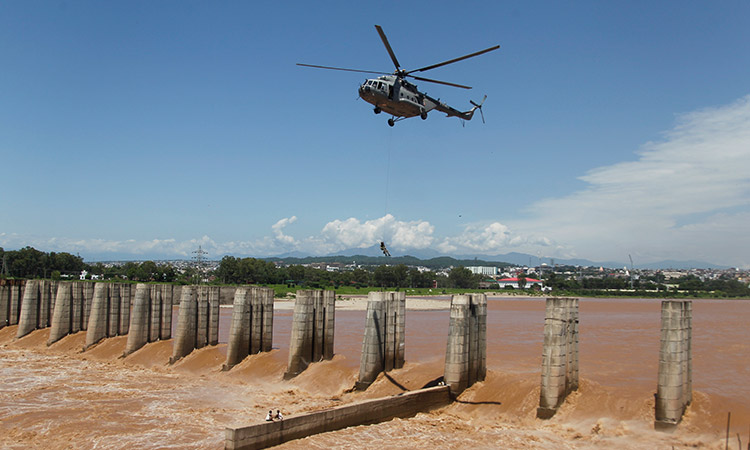 Authorities in Pakistan's Punjab and Khyber Pakhtunkhwa provinces have issued flood alerts after India released water into river Sutlej and the Alchi dam "without preschedule", the media reported.

The Provincial Disaster Management Authority (PDMA) of Punjab issued the flood alert on Monday due to rising water levels in Sutlej after India released water into the river, Dawn news reported.

According to the PDMA Punjab, flood water between the range of 125,000 and 175,000 cusecs is expected to reach Ganda Singh Wala village in the district later Monday.

A dispatch has been issued to the relevant agencies asking them to ensure that all protective measures are taken.

Meanwhile, the PDMA Khyber Pakhtunkhwa Director General on Sunday said that India had opened the outlets of Alchi dam "without preschedule" which, he said could lead to a flooding situation in river Indus.

He wrote a letter to various provincial deputy commissioners with an alert, adding that the water would take 12 hours to reach Tarbela dam and around 15-18 hours to reach Dera Ismail Khan.

The official directed the provincial authorities to restrict boating and swimming activities, adding that the catchment area near the Indus river should be monitored in order to deal with any untoward situation.