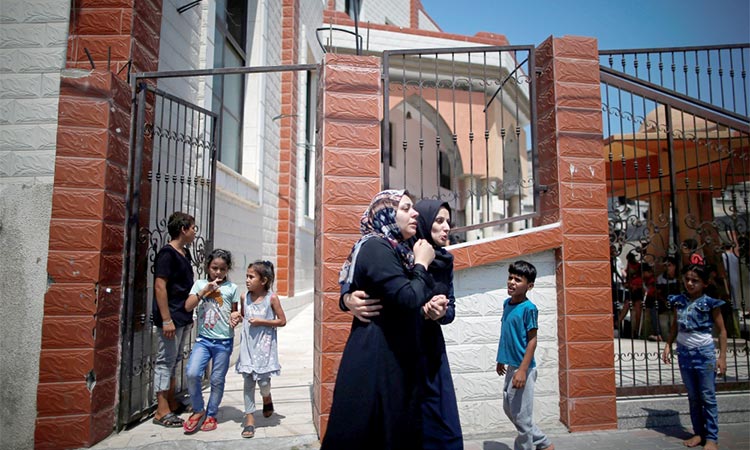 Relatives of Mohamad Al Tramsi mourn during his funeral in the northern Gaza Strip on Sunday. Reuters

The Israeli military said a helicopter and a tank fired at the Palestinians near the fence overnight. 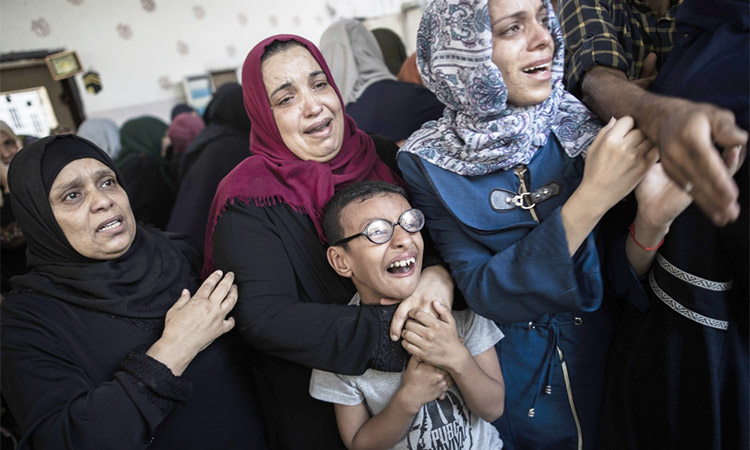 Relatives mourn the death of Mohammad Abu Namous, 27, in the family home during his funeral in Gaza. AP

"The killing of young people on the borders of the Gaza Strip is a continuation of the (Israeli) occupation's crimes everywhere, in the West Bank and Jerusalem," Hamas spokesman Hazem Qasem said. "This is linked to the state of anger and pressure that Palestinian people are suffering from."

At a funeral held for the men, the bodies were draped in the flags of different factions.