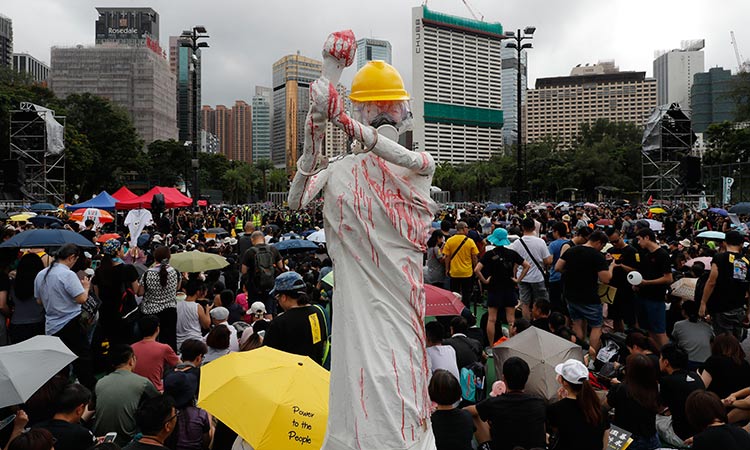 A replica of the Goddess of Democracy is displayed in a red liquid during a protest rally in Hong Kong on Sunday.

Ten weeks of demonstrations have plunged the financial hub into crisis with images of masked black-clad protesters engulfed by tear gas during street battles with riot police stunning a city once renowned for its stability. 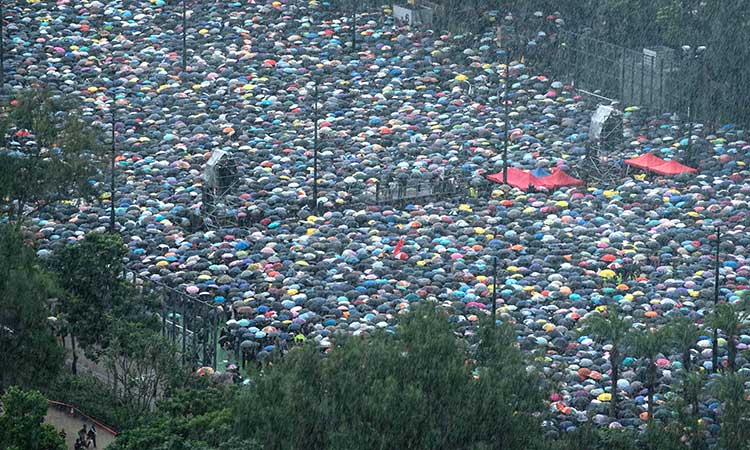 Protesters gather for a rally in Victoria Park in Hong Kong on Sunday. Philip Fong/AFP

Communist-ruled mainland China has taken an increasingly hardline tone towards the protesters, decrying the "terrorist-like" actions of a violent hardcore minority among the demonstrators.

Despite the near-nightly clashes with police, the movement has won few concessions from Beijing or the city's unelected leadership.

On Tuesday, protesters blocked passengers from boarding flights at the city's airport and later assaulted two men they accused of being Chinese spies.

The images damaged a campaign that until then had largely targeted the police or government institutions, and prompted an apology from some of the protest groups.

Sunday's rally at the city's Victoria Park is an attempt to wrestle the narrative of the protest back.