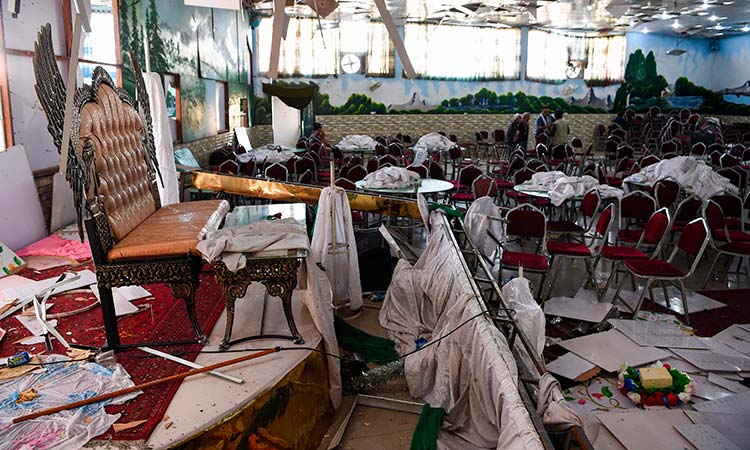 Afghan men investigate in a wedding hall after a deadly bomb blast in Kabul on Sunday. Wakil Kohsar/AFP

The Daesh group on Sunday claimed responsibility for a suicide attack on a wedding in Kabul which Afghan authorities said killed at least 63 people. 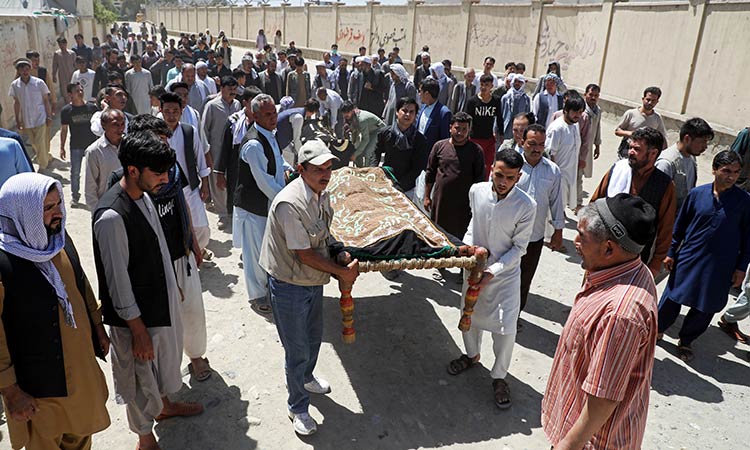 Afghan men carry the bodies of the victims during a mass funeral after a bomb blast at a wedding in Kabul. Reuters

The death toll from a late-night suicide bombing at a crowded wedding party in the Afghan capital rose to at least 63 on Sunday, including women and children, officials said. The local Daesh group's affiliate claimed responsibility for what was the deadliest attack in Kabul this year.

Another 182 people were wounded in the Saturday night explosion, government spokesman Feroz Bashari said. Interior Ministry spokesman Nusrat Rahimi confirmed the casualty toll as families began to bury the dead. Some helped to dig graves with their bare hands. 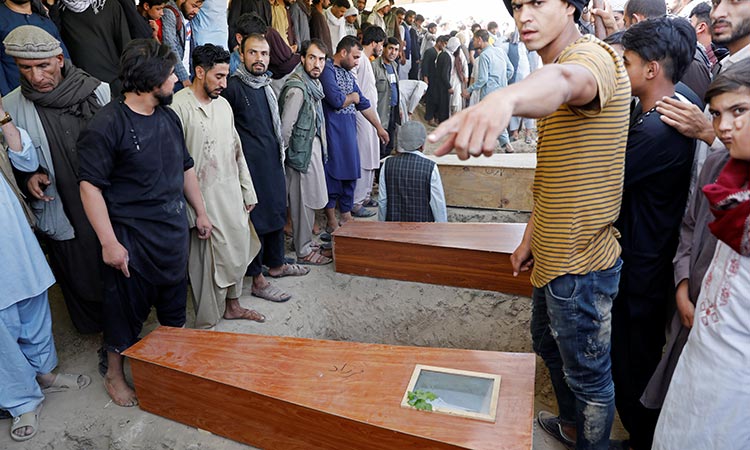 Men prepare the coffins of the victims of a blast in a wedding in Kabul. Mohammad Ismail/Reuters

Kabul residents were outraged as there appears to be no end to violence even as the United States and the Taliban say they are nearing a deal to end their 18-year conflict, America's longest war.

The Taliban condemned the attack as "forbidden and unjustifiable" and denied any involvement. Both the Taliban and IS have carried large-scale attacks in the Afghan capital in the past.

The blast occurred in a western Kabul neighbourhood that is home to many of the country's minority Shiite Hazara community. Daesh has claimed responsibility for many attacks targeting Shiites in the past. A statement by the militant group posted on an Daesh-linked website on Sunday said a Pakistani Daesh fighter seeking martyrdom targeted a large Shiite gathering in Kabul.

The statement also claimed that after the suicide bombing, a car bomb was detonated in the attack but Afghan officials have not confirmed this.