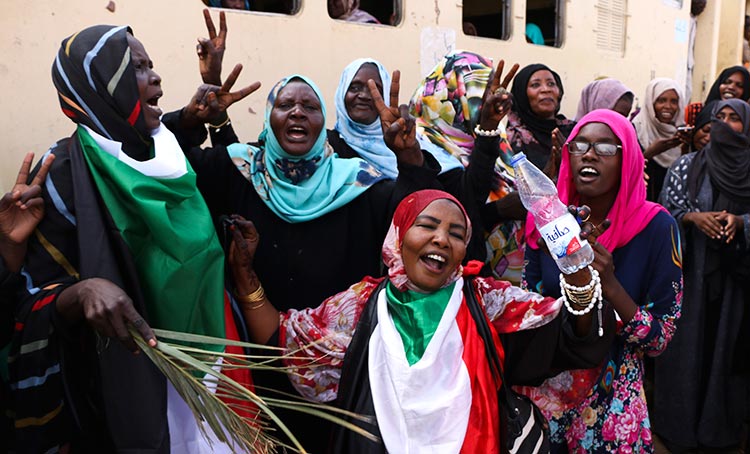 Sudan's military council and protest leaders on Saturday signed a hard-won "constitutional declaration" that paves the way for a transition to civilian rule.

The agreement was signed by Mohamed Hamdan Daglo, deputy chief of the military council, and Ahmed Al Rabie, representing the Alliance for Freedom and Change protest umbrella, a media reporter said.

Heads of state, prime ministers and dignitaries from several countries − including Ethiopia's Prime Minister Abiy Ahmed and Egypt's premier Mustafa Madbuli − attended the ceremony in Khartoum, and the signing was met with applause.

It formalises the creation of a transition administration that will be guided by an 11-member sovereign council, comprised of six civilians and five military figures.

The agreement follows nearly eight months of protests − initially against longtime autocrat Omar Al Bashir, who fell in April, and then against the military council that deposed him.

Talks between the protesters and the military were mediated by the African Union and Ethiopia, which brought the two sides together again even after a protest sit-in outside military headquarters was brutally dispersed by men in military fatigues on June 3.

Some 120 people were killed during that crackdown, according to doctors linked to the protesters.

The signing ceremony started with Sudan's national anthem, followed by a reading of verses from the Holy Quran and the Old Testament, while the words "Sudan's joy" were emblazoned on banners.

Thousands of cheering people gathered around the Friendship Hall next to the Nile, where the documents that will govern Sudan's 39-month transition were signed.

"This is the biggest celebration I have ever seen in my country. We have a new Sudan," said Saba Mohammed, a veiled 37-year woman, waving a small plastic flag.

Thousands of people had arrived on trains from Sudan's provinces to take part in the celebrations, which will include a huge gathering in Khartoum's main gardens.

"We hope Sudan can move forward now, we want to be proud of our country," said Saida Khalifa as she got off the train after an all-night ride from Atbara, the town where the protests started in December last year.

"The guns must go silent now and we must pull the country out of this mess to gain peace and freedom," she said.