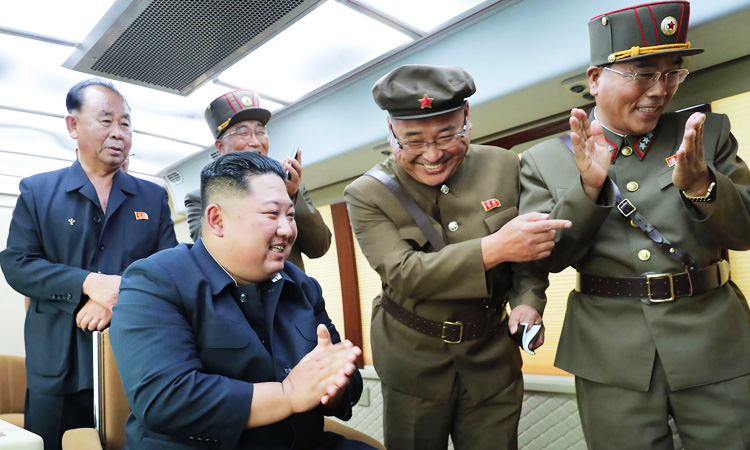 Kim celebrating the successful test-firing of a new weapon, presumed to be two short-range ballistic missiles, at an undisclosed location. AFP

North Korean leader Kim Jong Un once again supervised a “new weapon” launch, state media said on Saturday, complicating efforts at denuclearisation ahead of next week’s visit to Seoul by the US envoy to Pyongyang.

Friday’s launch was the North’s sixth test in recent weeks as it protests the annual US-South Korea military exercises which Pyongyang considers rehearsals for invasion.

Defence officials in Seoul said Pyongyang fired what appeared to be two short-range ballistic missiles Friday that flew some 230 kilometres (140 miles) before splashing down in the sea between the Korean peninsula and Japan. 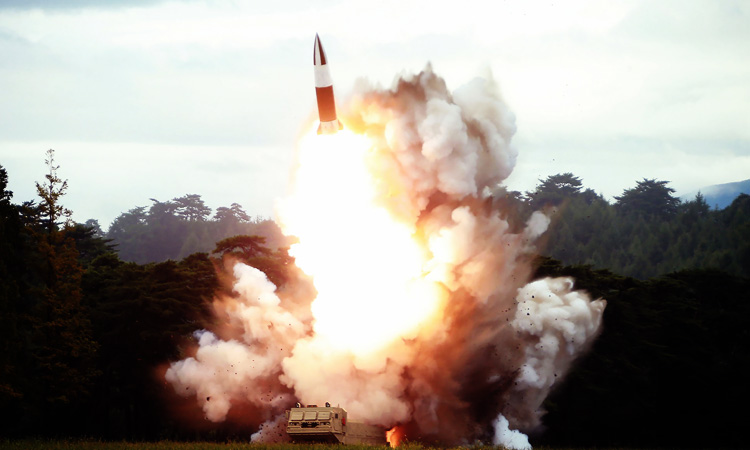 North Korea fired what appeared to be two short-range missiles into the sea on Friday.

A report by the official Korean Central News Agency said the tests had a “perfect result,” which helped “cement bigger confidence in this weapon system.”

“Juche shells were fired in the presence of the Supreme Leader,” KCNA said.

Pyongyang has routinely expressed anger at the war games, but in the past has avoided carrying out tests while the manoeuvres are taking place.

Plans to resume working-level talks between the North and Washington appear to have stalled since an impromptu June meeting between leaders of the two countries.

But US President Donald Trump, who has been playing down Pyongyang’s tests, said last week that he had received a “very beautiful letter” from Kim.

He also agreed with Kim’s opposition to the war games — albeit for financial rather than military reasons.

Stephen Biegun, the US special envoy for North Korea, will travel to Japan and South Korea next week for talks on denuclearising the North, the Us State Department said on Friday.

The North has said nuclear talks would be “strictly” between Pyongyang and Washington, refusing to hold separate dialogue with the South.

“We have nothing to talk any more with the South Korean authorities nor have any idea to sit with them again,” the North said on Friday.

Washington, Seoul’s security ally, stations nearly 30,000 troops in the South to defend it from its neighbour. 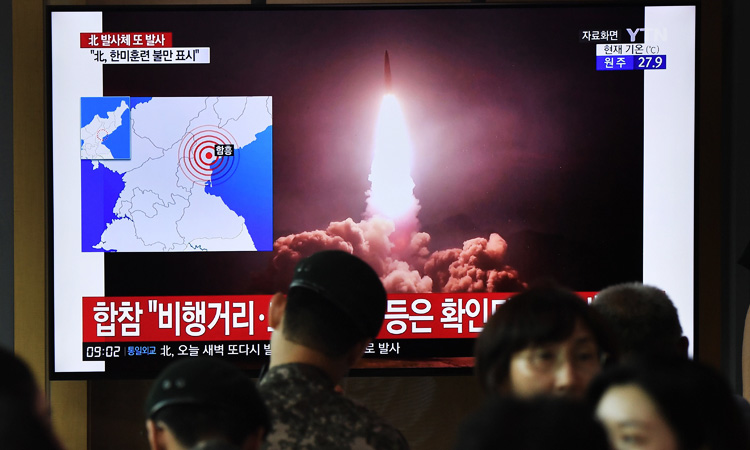 More missile launches are highly probable, as the North Korean military is conducting its own summer drills, South Korea’s Joint Chiefs of Staff said in a statement.