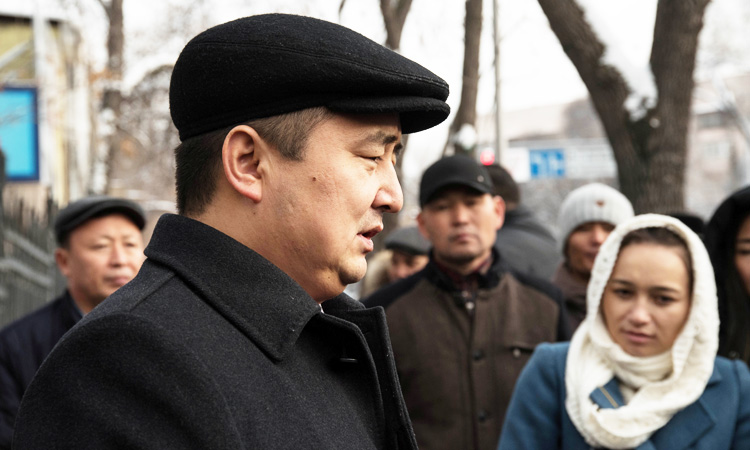 A Kazakh rights activist who campaigned against the detention of ethnic Uighurs and other Muslims in special camps in China has pleaded guilty to a hate speech charge in exchange for securing his freedom, his lawyer said on Saturday.

Serkzhan Bilash, a naturalized Kazakh citizen born in the Chinese region of Xinjiang, led Atajurt, a group that has worked for the release of ethnic Kazakhs from camps where activists say more than a million ethnic Uighurs and other Muslims are held.

He was arrested in March and charged with hate speech for allegedly publicly calling for a “holy war” against the Chinese.

In a hearing late on Friday, the prosecution announced it had reached a plea bargain with Bilash, his lawyer Aiman Umarova said. Under the deal, Bilash was fined 110,000 tenge (about $280) and set free, although he will not be allowed to leave the city of Almaty for several months.

Umarova said she had opposed the deal and refused to sign it, but Bilash told her it was made clear to him he would be sentenced to seven years in prison otherwise.

“He said he was doing it for the sake of his two children and because of his health,” she said by telephone.

“We (Kazakhstan) have bent over backwards for China.”

Kazakhstan borders Xinjiang and China is one of its biggest trade partners.

Many Western and Muslim countries have strongly criticised the detention centres set up by Chinese authorities in remote Xinjiang, home to the mainly Muslim Uighur minority. Beijing describes them as “education training centres” that help to stamp out extremism and give people new skills.