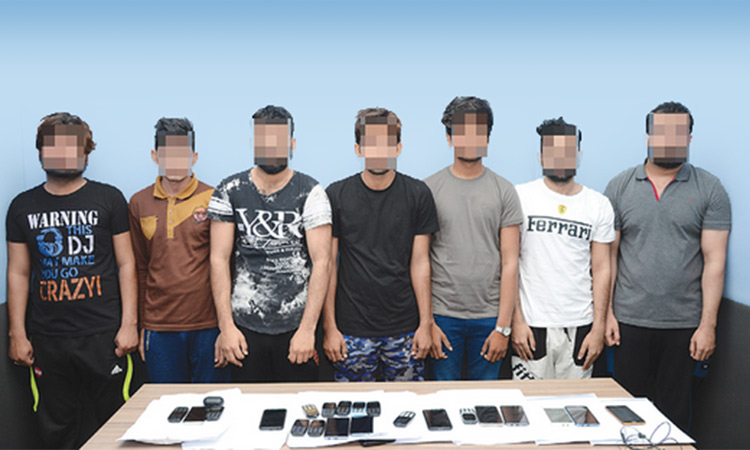 The suspects in police custody.

The Abu Dhabi Police, in cooperation with the Sharjah Police and the Ajman Police, have seized three gangs of 25 Asians for involvement in phone scam crimes through which they were able to cheat their victims and seize their savings in fraudulent ways.

Brig. Muslim Mohammed Al Ameri, Deputy Director of the Criminal Security Sector at Abu Dhabi Police, said, “The police have zero tolerance for anyone who tries to jeopardise the security of society or to seize people’s money in any way, and we will be always a deterrent to these gangs by the penalty they deserve according to the law.”

He expressed his thanks and appreciation to the Sharjah Police and Ajman Police for their efforts and cooperation with the Abu Dhabi Police, which contributed to the arrest of the three criminal gangs.

Brig. Omran Ahmed Al Mazrouei, Director of Criminal Investigation Department at Abu Dhabi Police, warned community members of these criminal gangs, advising them not to disclose numbers of their bank accounts or credit cards on the bases that their accounts or cards had been blocked or frozen. He urged them not to respond to these deceptive contacts. He explained that banks do not require to update the banking data via telephone, calling on bank customers not to be fooled by these communications and fake messages. Such data are only updated through the customer service staff at branches of banks, he added.
Al Mazrouei said that recently several reports had been received of victims stating that they were exposed to phone scams by unknown persons. Those persons called their victims claiming that their bank accounts had been frozen or their bankcards blocked, and they must update their data. They requested information about those accounts and credit cards, which they exploited in withdrawing and seizing their funds, he added.

He pointed out that the three gangs were arrested separately in cooperation with the Sharjah Police and Ajman Police, noting that the first two gangs, which comprised 14 people, were arrested in the emirate of Sharjah. While the third gang, which was composed of 11 people, was arrested in the emirate of Ajman. Their dwellings were being used as dens to carry out their criminal activities, Al Mazrouei added.

He pointed out that a number of mobile phones and SIM cards were seized from the three criminal gangs, which were used to bilk victims.

He urged the public to report any suspicious calls received from unknown persons requesting them to update their bank data by contacting “Aman” on toll-free number (8002626) or by SMS (sms2828). 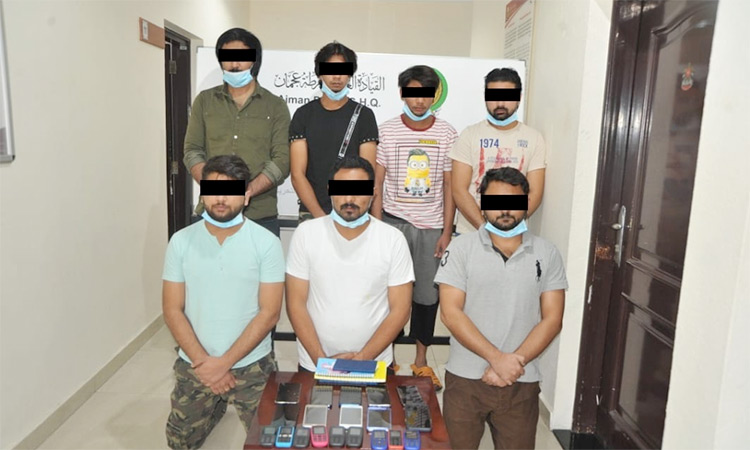 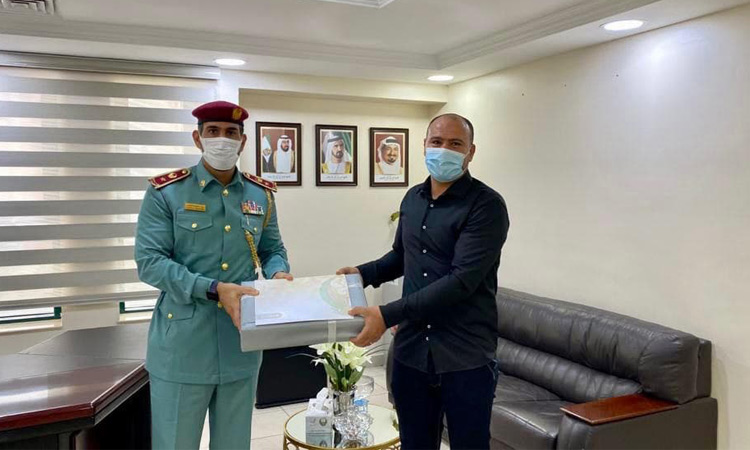