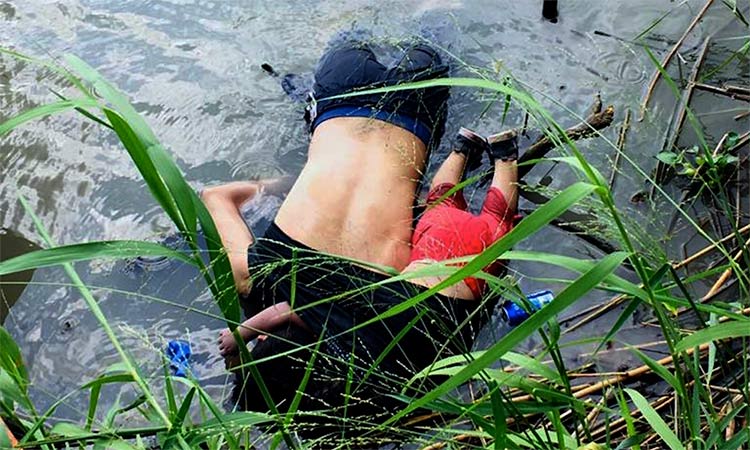 The bodies of a migrant father and his daughter were found in Matamoros in Tamaulipas state. File / AFP

More than 500 migrants have lost their lives in the Americas so far this year, about a 33% increase from a year ago, the U.N. migration agency said on Friday.

International Organisation for Migration spokesman Joel Millman said that "turmoil" in Venezuela may account for "much of 2019's fatality surge." More than 4 million people have left Venezuela since 2015.

IOM has confirmed 89 deaths of Venezuelans this year, second only to more than 100 who were of unknown nationalities.

Millman told reporters in Geneva that the death rate on the US-Mexico border hasn't changed much in the last six years of tracking such figures, now still amounting to about one per day.

Millman said the figures don't include deaths of people in detention: 11, including eight in the US and three in Mexico.