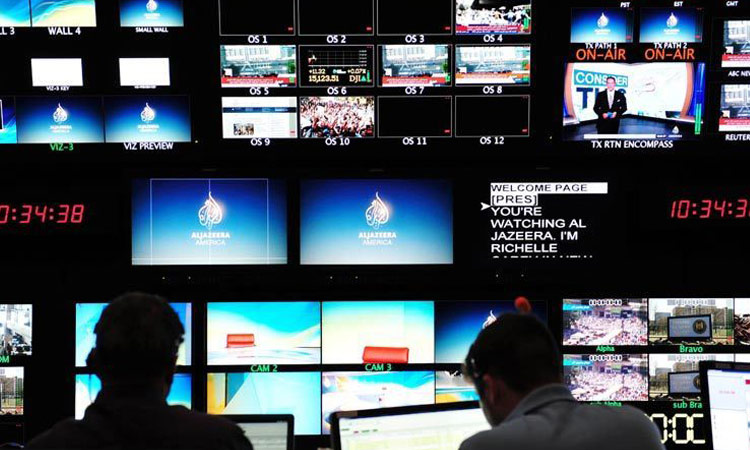 The photo has been used for illustrative purposes. File / AFP


The Pakistan Electronic Media Regulatory Authority (Pemra) has prohibited the broadcast of advertisements produced in India or featuring Indian actors and characters.

In a communiqué sent to all of its television and radio licensees, the regulator said that it had withdrawn the permission for airing Indian channels and content on the directions of the Supreme Court in October last year.

"However, it has been observed that advertisements of various products of multinationals which are either produced in India or carrying Indian characters/talents are being aired on electronic media," said the letter shared on Pemra's official Twitter account. 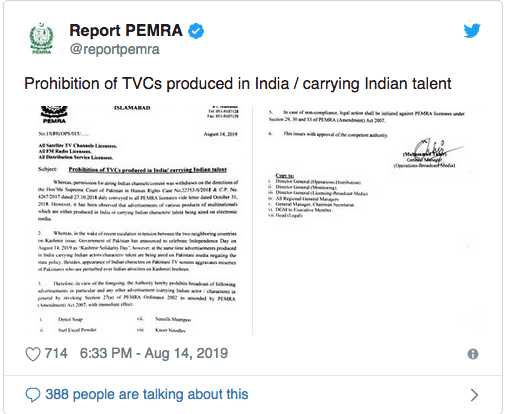 It noted that the government had announced to celebrate this year's Independence Day in solidarity with Kashmiris in the wake of escalation in tensions between the two countries over the Kashmir issue.

However, the airing at the same time of advertisements produced in India and carrying Indian talent on Pakistani media was tantamount to "negating the state policy," the regulator said.

It said that the appearance of Indian characters on Pakistani TV screens "aggravates miseries of Pakistanis who are perturbed over Indian atrocities on Kashmiri brethren."

Therefore, Pemra banned the broadcast of all advertisements featuring Indian talent with immediate effect by invoking Section 27(a) of the Pemra Ordinance 2002.

According to the letter, the ban on the airing of the Indian ads will remain in place till the time the advertisements are replaced by those producedin Pakistan and featuring Pakistan actors and talent.

The Pemra warned that legal action will be initiated against the broadcasters in case of non-compliance.