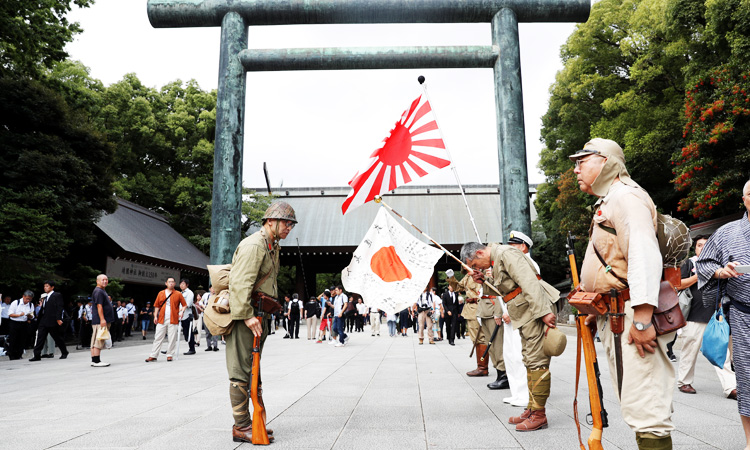 Japanese Prime Minister Shinzo Abe sent a ritual offering to the controversial Yasukuni shrine for war dead on Thursday, the anniversary of Japan’s World War Two surrender, but refrained from visiting in person amid tense ties with South Korea.

Past visits by Japanese leaders to Yasukuni have outraged South Korea and China because the shrine honours 14 Japanese wartime leaders convicted as war criminals. 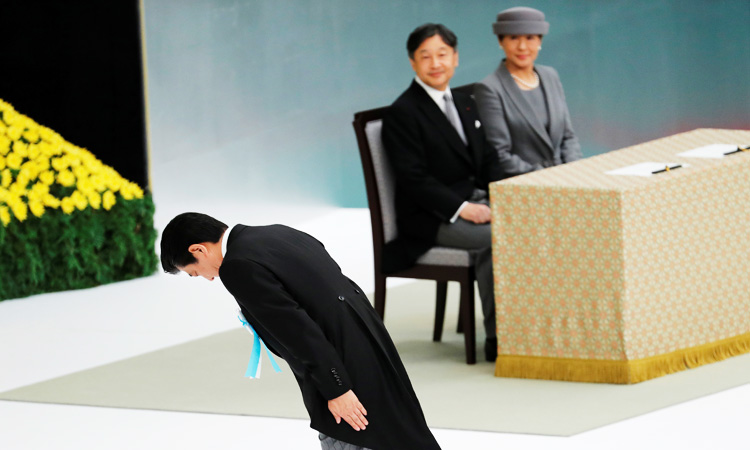 Shinzo Abe bows at a memorial service ceremony marking the 74th anniversary of Japan's surrender in World War Two in Tokyo on Thursday.

“The peace and prosperity of our country is due to those heroes who gave their lives for their homeland and I express my gratitude and respect,” Inada quoted Abe as saying, according to domestic media.

Abe has only visited the shrine in person once since taking office in 2012 but has regularly sent offerings on Aug.15 and during the shrine’s spring and autumn festivals. 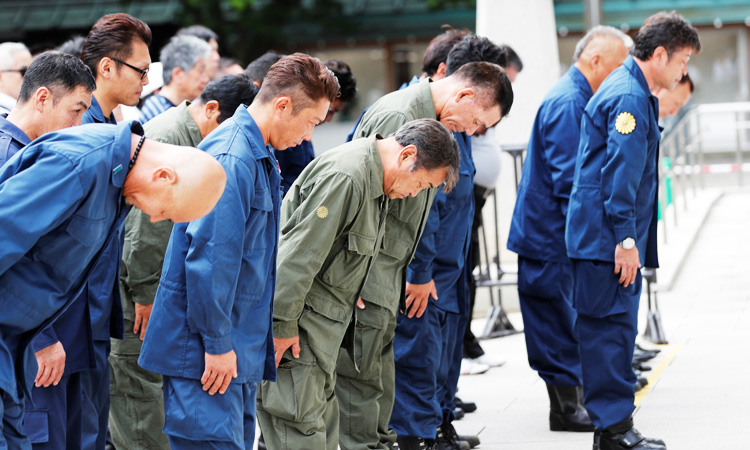 Right wing group members in uniform pay tribute to the war dead at Yasukuni Shrine in Tokyo on Thursday.

The two nations this month ended each others’ fast-track trade status and Tokyo on Tuesday urged caution for travellers to South Korea ahead of crucial anniversaries this week. South Korea celebrates Aug. 15 as a national day of liberation from Japanese rule. 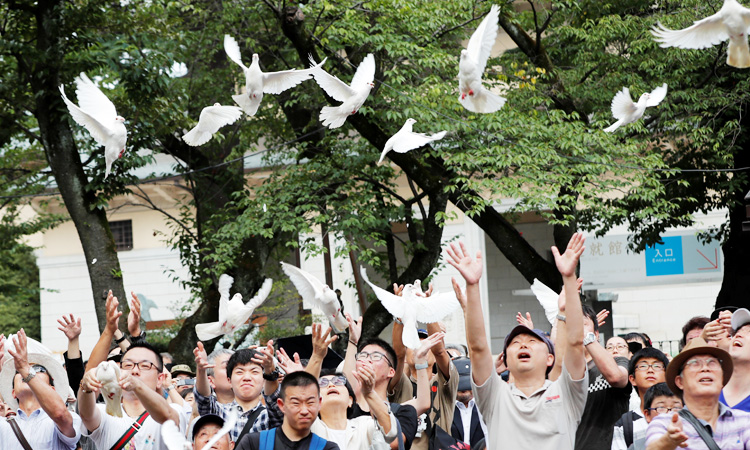 People release doves at the Yasukuni Shrine in Tokyo on Thursday.

China’s relations with Japan have also long been haunted by what Beijing sees as Tokyo’s failure to atone for its occupation of parts of China before and during World War Two.

A steady stream of visitors paid their respects at Yasukuni under partly cloudy skies as temperatures soared. Groups including members of a tiny nationalist party and critics of the U.S. military presence on Japan’s southern Okinawa island gathered near the entrance.

Police, some in anti-riot gear, patrolled nearby.

A sign inside the grounds said activities such as hoisting flags, demonstrating or destroying property were banned.

“The people enshrined here fought for Japan and we have come to express our gratitude and to show them our resolve to build a better Japan,” said Yoshiko Matsuura, 71, a former ward assembly member from Tokyo visiting with other local politicians. 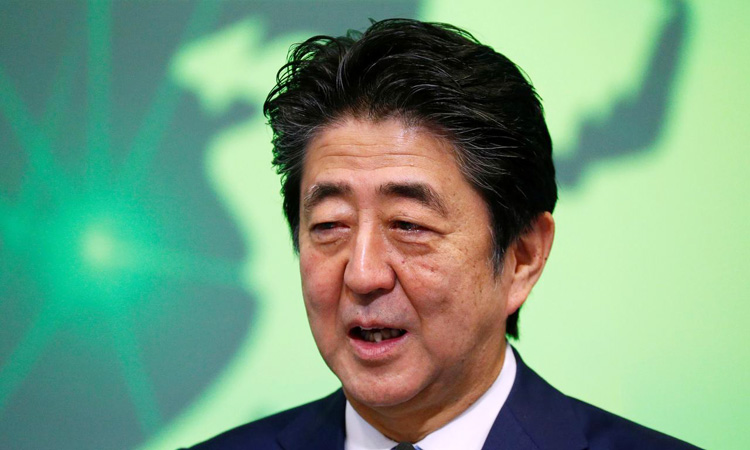 Japanese PM sends offering to war-dead shrine but will not visit: Kyodo

Japanese Prime Minister Shinzo Abe sent an offering to the controversial Yasukuni Shrine for war dead on Thursday but will not visit what Japan’s neighbours view as a symbol of its past military aggression, media reported.