Sharjah Police get 23,000 calls this Eid 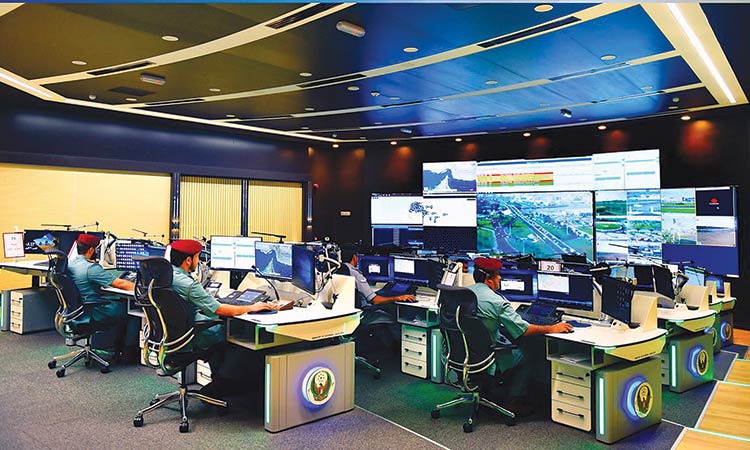 At the Sharjah Police Headquarters.

Lieutenant-Colonel Mohammed Rahma Al Ghazal, Head of the Operations Department of the Sharjah Police General Directorate, declared that over 23,000 calls were received by the operations room during the Eid Al-Adha holidays.

Calls were received through the police’s 999 emergency line, while a number of 2,644 non-emergency calls were also received on the toll-free number 901, which included general enquiries from citizens about the services provided by police during Eid holidays.

Lt. Col. Al-Ghazal stated that the calls were classified according to their relevance in order to take necessary measures of dealing with each call separately. Additionally, calls were divided into crime-related, traffic-related and emergency categories, in which they were directly transferred to the concerned departments.

For his part, Lt. Col. Khalid Al Kai, Deputy Director of the Traffic and Patrols Department, pointed out the quick response and professionalism of the concerned departments in dealing with received calls.

However, the Traffic and Patrols Department have received only one phone call regarding an accident that took place in Al Sajaa area during Eid holiday, in which the front tyre of a vehicle exploded, causing it to crash into a light pole. The accident resulted in minor injuries to 8 people, and one serious injury to a passenger who got stuck inside the vehicle and was rescued by the Civil Defence.

Lt. Col. Al Kai emphasised the intensive efforts made by the traffic and patrols department’s staff during the Eid holidays to ensure traffic safety on the roads of the UAE, in which the number of patrols were increased on internal and external roads in an attempt to minimise road accidents and ensure the safety of road users near mosques, parks, malls and residential areas.