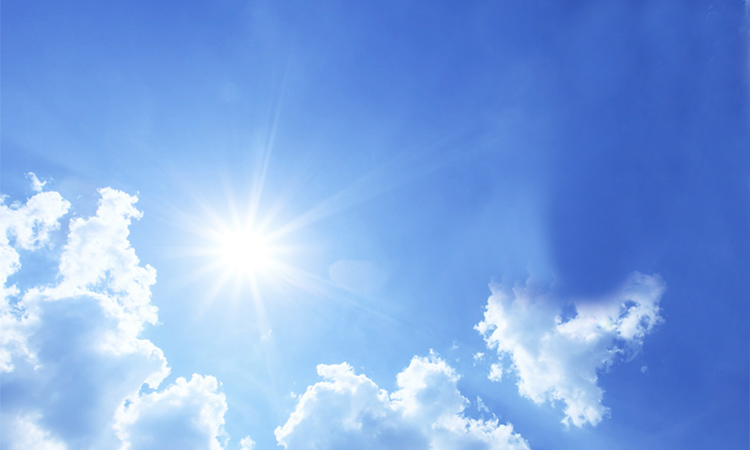 Moderate to heavy rain fell on Akhdair, Filli, Al Madam and Mleiha in Sharjah, Khatam Al Shuklah and Al Dhaher in Al Ain while there was moderate rain on Kadra in Ras Al Khaimah.

The National Centre of Meteorology warned individuals to exercise maximum caution while driving their vehicles during rainfall and drop in horizontal visibility caused by the strong and dust-stirring winds.

According to the centre, the weather on Thursday is expected to be clear in general and partly cloudy in some areas and sometimes dusty in the eastern parts. The winds will be south-easterly to north-easterly. They will be light to moderate but strong and dust-stirring sometimes at 20 to 30 and up to 40 km/h. The sea will have calm to moderate waves in the Arabian Gulf and the Sea of Oman.

Recently, rain fell on Al Ain City, on the first day of Eid Al Adha. The Khatam Al Shakla area witnessed moderate to heavy rain as a result of the UAE being affected by a superficial air depression coming from the East with an air depression in the upper atmosphere, leading to the formation of some medium and high clouds with dust-laden winds during the coming days, particularly on the eastern regions.

The National Centre of Meteorology called on drivers to be cautious while driving in the event of rain and low horizontal visibility due to the strong dust-stirring winds.

Earlier, various areas in the city of Al Ain, such as Khatam Al-Shakla, Al-Saa/ Malaket and Um Ghafa had witnessed heavy rain due to the extension of low pressure from the east extending westward, with an upper air low pressure associated with high and medium clouds and easterly winds with suspended dust during the next days, especially over eastern areas.

The National Centre of Meteorology (NCM) urged individuals to exercise caution while driving in the event of rain, and low horizontal visibility, caused by dusty winds.