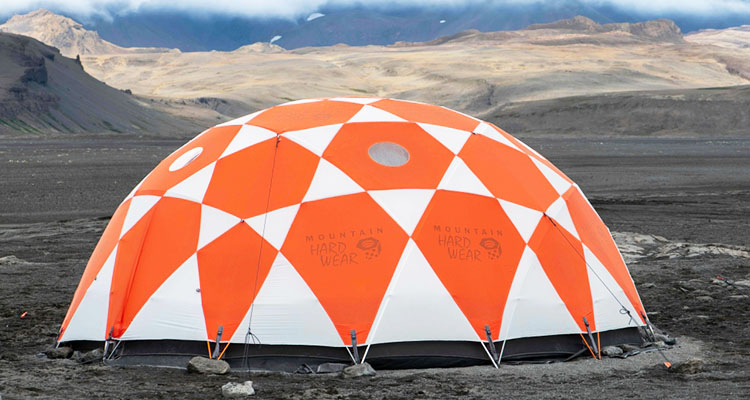 The NASA base at the Lambahraun lava field in Iceland.

To prepare for the next mission to Mars in 2020, NASA has taken to the lava fields of Iceland to get its new robotic space explorer ready for the job.

With its black basalt sand, wind-swept dunes and craggy peaks, the Lambahraun lava field at the foot of Iceland's second biggest glacier, Langjokull, was chosen as a stand-in for the Red Planet's surface.

For three weeks, 15 scientists and engineers sent by the US space agency descended on the site, 100 kilometres (62 miles) from the capital, Reykjavik, last month to develop a prototype. 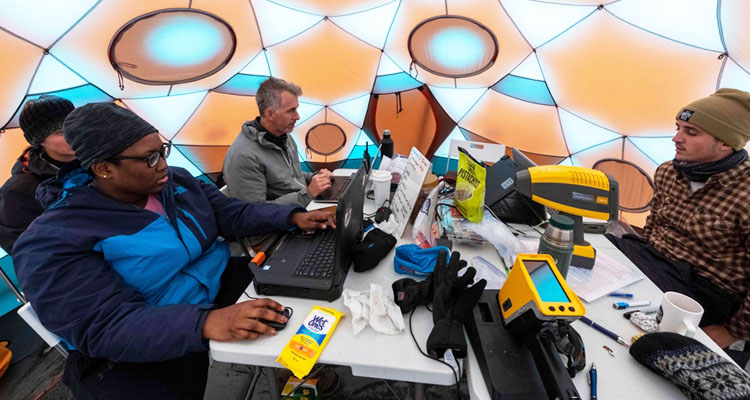 Scientists working at the NASA base at the Lambahraun lava field in Iceland.

The prototype is a small, electric vehicle with white panels and an orange chassis.

It has a four-wheel drive propelled by two motors and is powered by 12 small car batteries stacked inside.

"This rover we have... (is) basically indestructible," Deslauriers told AFP.

"The rovers that we have on Mars and the Moon would be a lot more sensitive to the environment and conditions of Iceland. 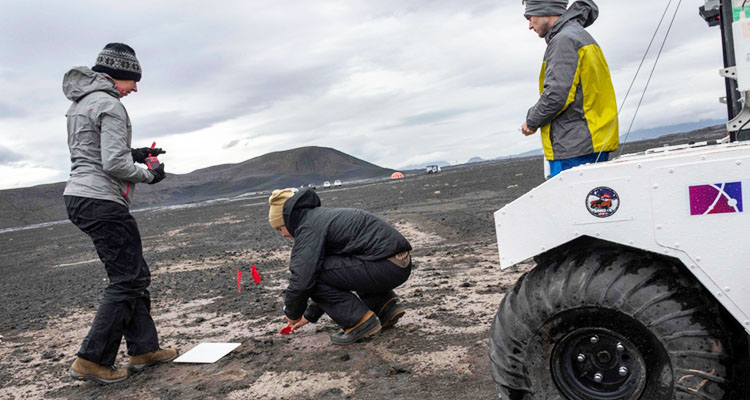 NASA has taken to the lava fields of Iceland to get its new robotic space explorer ready for the job.

Transmitting from Mars to Earth

Utilising its sensors and camera, the rover gathers and classifies data from its environment and sends back the findings to the engineers' trailer.

The engineers then package the data and forward it to a tent where the scientists are huddled, to simulate how the data would be sent from Mars to Earth.

The rover exploring Iceland is just a prototype for the one that will be going to Mars next year. 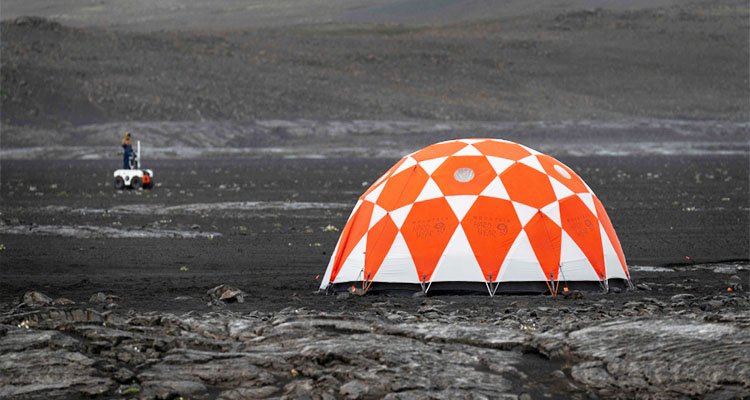 Langjokull was chosen as a stand-in for the Red Planet's surface.

The sites are selected to study how the chemical composition and physical properties of the sand and rocks change as they move from the glacier to a nearby river.

Mission Control says it is planning to return to Iceland next summer before the launch of the next Mars rover mission, scheduled between July 17 and August 5, 2020.