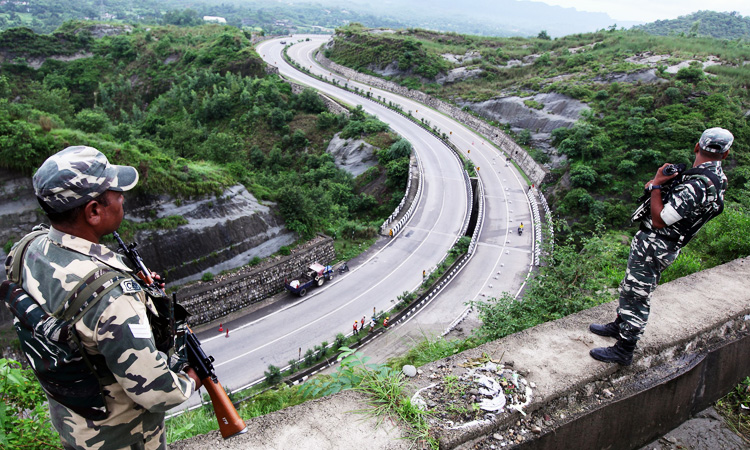 India’s move to carve up Kashmir and curtail its autonomous powers has caused division and anger in parts of the far-flung Himalayan region even as followers of Prime Minister Narendra Modi rejoice.

Since Modi’s shock decree last week, protests and celebrations in many towns have widened religious fault lines between communities in the strategic region.

International focus has remained on the Kashmir valley, where tens of thousands of troops have enforced a lockdown and cut off phone lines and internet connections to head off opposition to the government move.

But tensions have spread to other parts of the state, which will be cut in two under the new administrative arrangements. 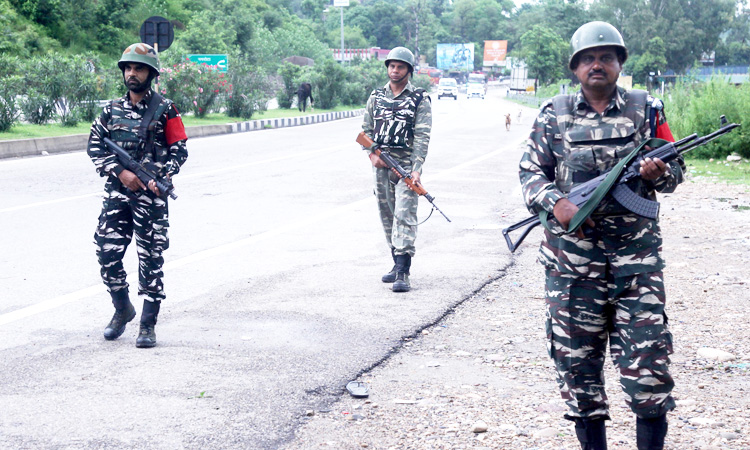 Indian security personnel patrol on the Jammu-Srinagar highway in Nagrota near Jammu on Wednesday.

In remote Ladakh, perched on a steep mountain border with China, the region’s Buddhist minority welcomed Modi’s decision to split the territory from the Muslim-majority valley.

He added that Buddhists had felt excluded from government posts and other opportunities.

Despite Ladakh’s sparse population and thin air, its border with China’s regions of Tibet to the east and Xinjiang to the north make it strategically important to New Delhi.

Stobdan said the region was underdeveloped and needed a shake-up.

“You can’t keep the area in a frozen state when the entire land mass across on the other side (in China) is getting roads and railways under the Belt and Road project,” he said.

“New Delhi had to do this to change the status quo. This is a masterstroke.”

At the other end of Ladakh, many in the Shia Muslim majority town of Kargil are in shock.

Traders kept their stores closed for several days after the government announcement, amid showdowns between demonstrators and police.

“This was an undemocratic move. It should be rolled back,” Asgar Ali Karbalai, a former regional lawmaker who led some of the protests, told AFP by telephone.

As a so-called union territory, Ladakh will not have its own legislature under the new system.

“It just takes away our voice,” said Karbalai. “The debate around this issue may become communal now as, I feel, most Muslims in Ladakh oppose and the Buddhists support the move.”

But even in Kargil, many are looking for a boost to the rudimentary economy promised by Modi, who said tourism and even the film industry would bolster Ladakh and Kashmir if there was peace.

“It will certainly lead to many more economic opportunities, tourism and growth for everyone,” said Gulzar Hussain Munshi, who runs a museum hosting artefacts from the ancient Silk Road that ran through the region.

Jammu is more than 60 per cent Hindu and Sikh, and its citizens have long complained about Muslim-majority Kashmir’s dominance in politics and business. Many local communities’ leaders were seen dancing in the streets of Jammu city waving Indian flags after Modi’s announcement.

“After 70 years of discrimination, thankfully we were finally heard,” Gaurav Gupta, secretary of the Jammu Chamber of Commerce and Industry told AFP.

“Jammu youth who moved to other Indian cities for education and jobs will be able to return as we finally open up to pan-India investment and growth,” Gupta added.

Media reports said government security restrictions had been lifted in many areas around the city. Muslims have staged small protests however.