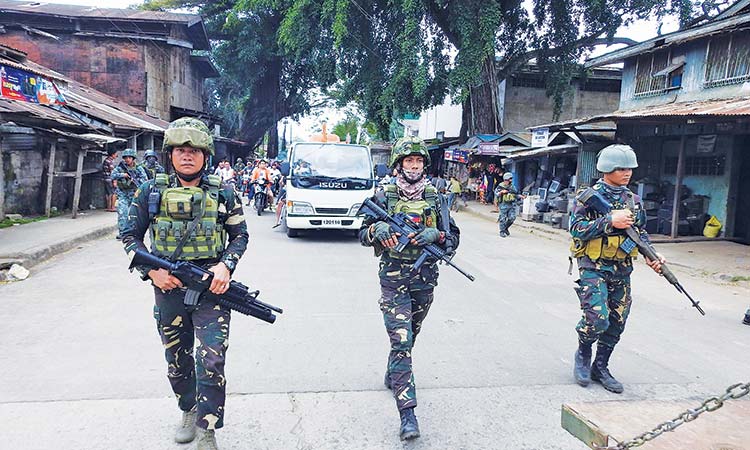 Soldiers walk around a neighbourhood on the southern island of Mindanao. File / Agence France-Presse

Major Arvin John Encinas, the spokesman of the military’s Western Mindanao Command (Westmincom), reported that a sister of the slain girl was also wounded along with another soldier who was hurt in a separate bomb explosion set off by the terrorists in Sulu.

Encinas said a soldier belonging to the elite Army Special Forces Batallion and a militiaman, who were aboard a motorcycle, were killed in an ambush by the terrorists in a remote “barangay” (village) in the town of Talipao, Sulu on Monday.

Encinas said a three-year-old girl was also killed when caught in the crossfire while her sister, 10, was seriously wounded and confined at the Sulu provincial hospital.

Lieutenant General Cirilito Sobejana, the Westmincom chief, condemned the ambush, especially the killing of the girl, as he pointed out; “We deeply condemn this very deceiftul act of the Abu Sayyaf that does not represent the Islamic way of living.” Ironically, the ambush and killings occurred two days after Sobejana told a TV intervew in Zamboanga City that Abu Sayyaf terrorists, who pledged allegiance to the Daesh extremists in the Middle East were on the run in Sulu and neighboring Basilan due to unabated “search and destroy” operations launched against them by the military.

Meanwhile, Encinas confirmed that an Army corporal was wounded when the terrorists detonated an improvised bomb in a village in Patikul, Sulu on Tuesday.

Encinas said the explosion followed another bomb attack in another village in Patikul which targeted policemen and soldiers providing security to a group of teachers but fortunnately, no one was injured.

The Abu Sayyaf has gained notoriety through a spate of kidnap-for-ransom cases that were often marred by the beheading of their foreign and Filipino hostages.

Regional and Philippine security experts earlier disclosed they have established the link of the Abu Sayyaf to the global Al Qaeda terror network through the Indonesia-based Jemaah Islamiyah extremists. 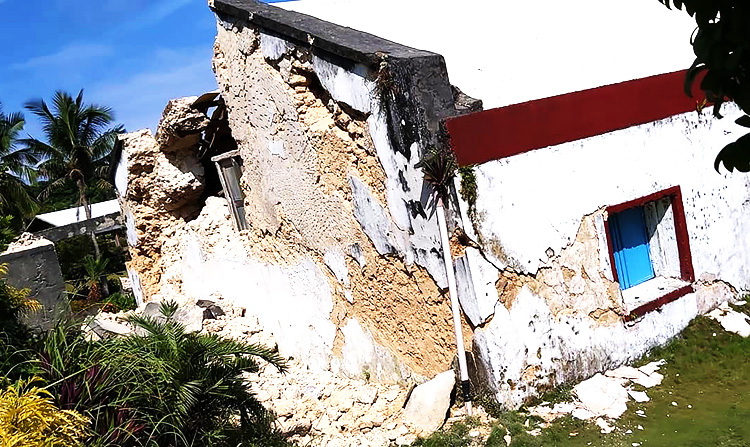 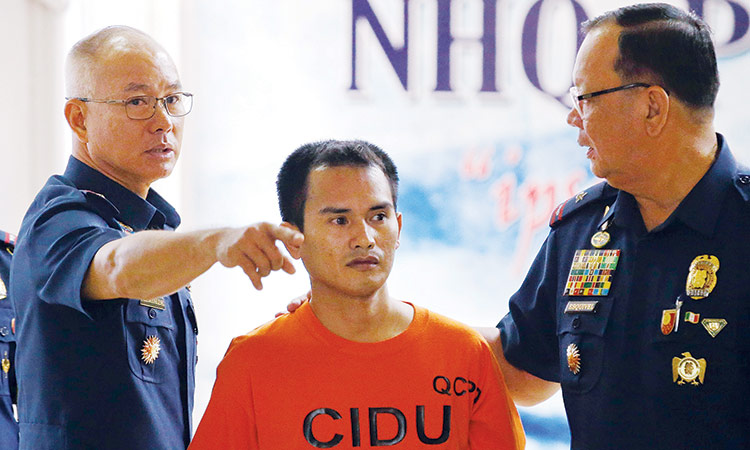 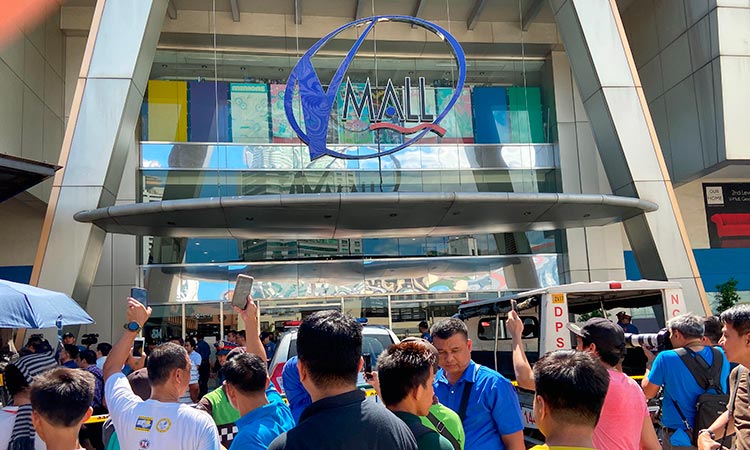 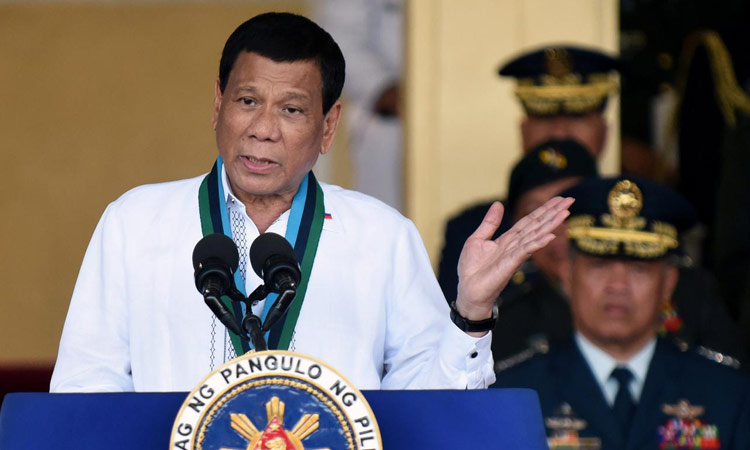 In particular, Guevarra said his wide-ranging investigation would spare no one including top government officials whom Duterte has earlier expressed trust and confidence for their reported non-involvement in scandals and anomalies in the bureaucracy.