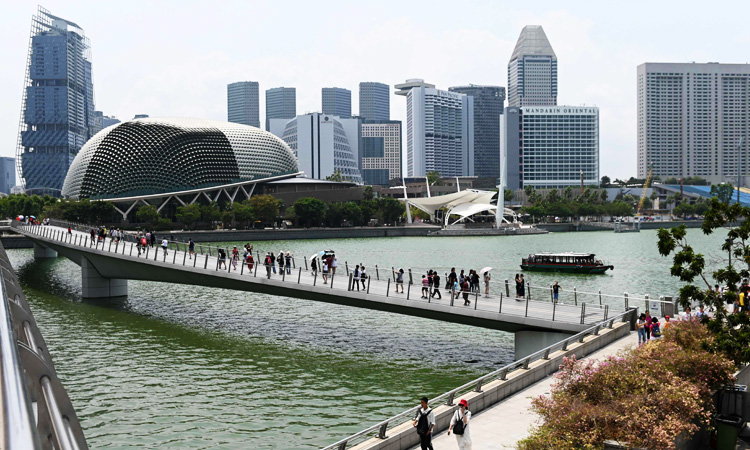 Visitors walk along the bridge leading to the Merlion park in Singapore on Tuesday. Roslan Rahman/ AFP

The government said it expected growth of 0.0-1.0 per cent this year, sharply down from the 1.5-2.5 per cent previously estimated, marking the second downward revision this year. The economy expanded 3.2 per cent in 2018.

The export hub is highly sensitive to external shocks and has traditionally been one of the first places in Asia to be hit during global downturns — with ripples then spreading out across the rest of the region. 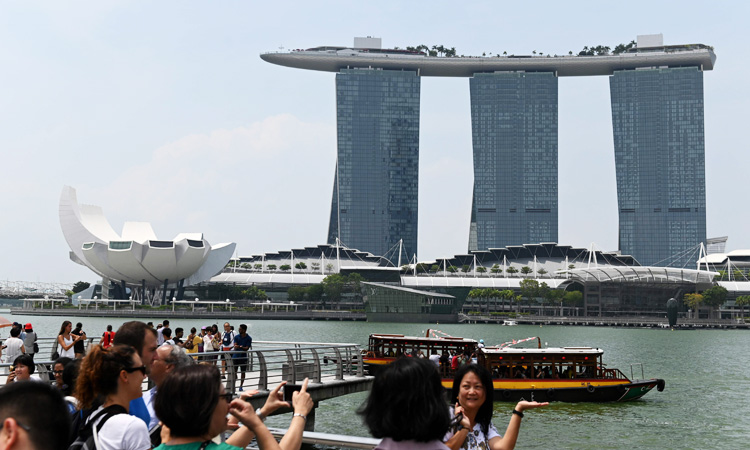 Shipments from the city-state have plunged while its economy suffered a surprise quarter-on-quarter contraction in the three months to June, as Beijing’s row with Washington hit the complex global trading system.

“The growth prospects of key emerging markets and developing economies... and China have worsened, partly due to the escalation of the US-China trade conflict in recent months,” the trade ministry said.

“Uncertainties and downside risks in the global economy have increased since three months ago,” it warned, citing US President Donald Trump’s announcement this month he would impose tariffs on an additional $300 billion of imports from China. 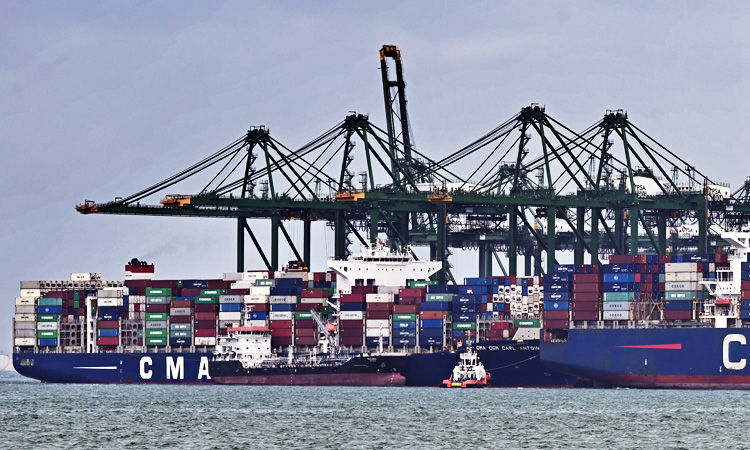 Container ships dock at the West Coast terminal port in Singapore on Tuesday.

“This could severely dent global business and global confidence, with adverse implications on global trade and global economic growth.”

Singapore has been particularly hard hit by falling demand for electronic goods, a key export that is vital to the manufacturing sector.

DBS Bank said the downgraded forecast has strengthened the case for Singapore to ease monetary policy during a meeting in October in a bid to stimulate the economy.

With little sign that US-China trade row will be resolved soon, exports have been slipping across Asia and governments have slashed economic growth forecasts.