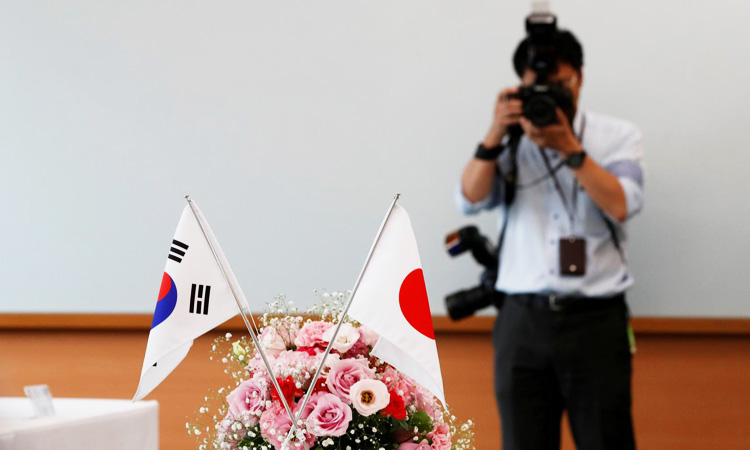 National flags of South Korea and Japan are displayed during a meeting in Tokyo. File photo/Reuters

Japan hit back at South Korea on Tuesday for removing Tokyo’s fast-track trade status, with the industry minister saying Seoul had failed to explain its reason for the move — the latest in an escalating trade row.

“From the start, it is totally unclear under what basis South Korea can say that Japan’s export control measures don’t meet the export control regime,” Seko said on Twitter.

Japan announced earlier this month that it was removing South Korea from its own “white list” of countries that have enjoyed minimum trade restrictions, citing an erosion of trust.

Relations between the two countries have deteriorated since a ruling by South Korea’s Supreme Court last year that Japanese companies should compensate South Koreans who were conscripted as forced labourers during World War Two.