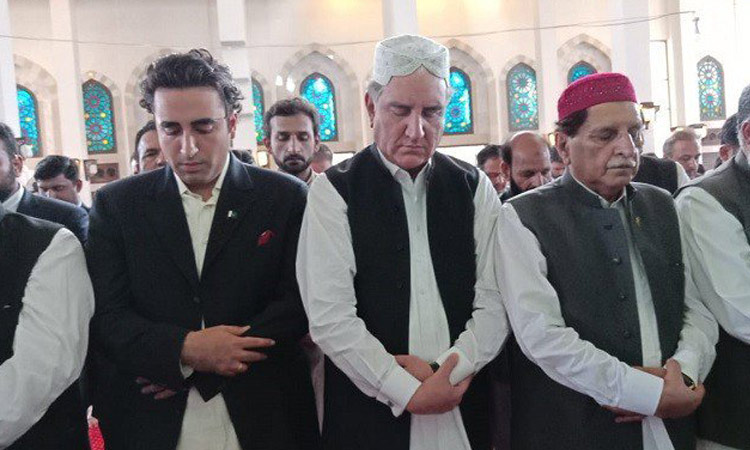 Later at a rally, Qureshi said he has come to Muzaffarabad to "congratulate" the Kashmiris because he has been "successful in securing the power of attorney" of China.

"The Chinese government has told me to tell Prime Minister Imran Khan that China will stand with him when he presents Kashmir's case before the United Nations," he said.

He urged political parties to come together on the Kashmir issue, saying that Pakistan must have a united stance on the matter.

"We have our differences. But there is no difference on the issue of Kashmir. If there was any difference, a joint resolution would not have been passed." 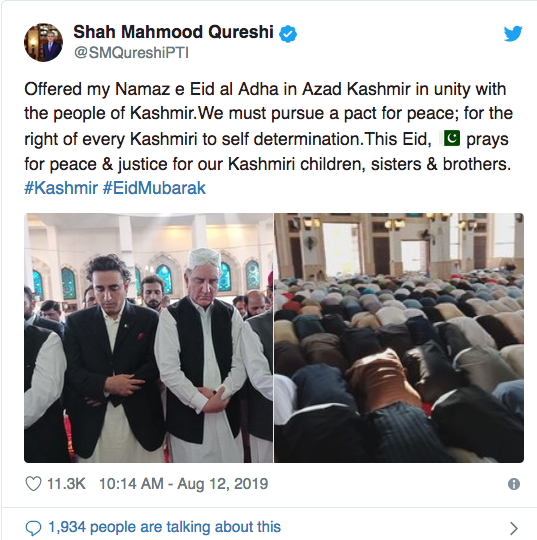 Qureshi said that the Kashmir dispute was "above politics and personal interests." He said that the prime minister will visit Muzaffarabad on Aug.14 and address the AJK Legislative Assembly.


The foreign minister said that India has always shirked away from solving the Kashmir dispute bilaterally. After 9/11, Qureshi said, India had "cleverly tried to portray Kahsmiris' struggle for right to self-determination as terrorism."

In a conversation with reporters, Bilawal criticised the government for its response to Indian government's decision to strip occupied Kashmir of its special status. He demanded of the government to "show leadership". He said that the PPP will play its role but at the moment, Kashmiris were "looking up at the government."