Hong Kong mops up after weekend of violence, braces for more protests - GulfToday 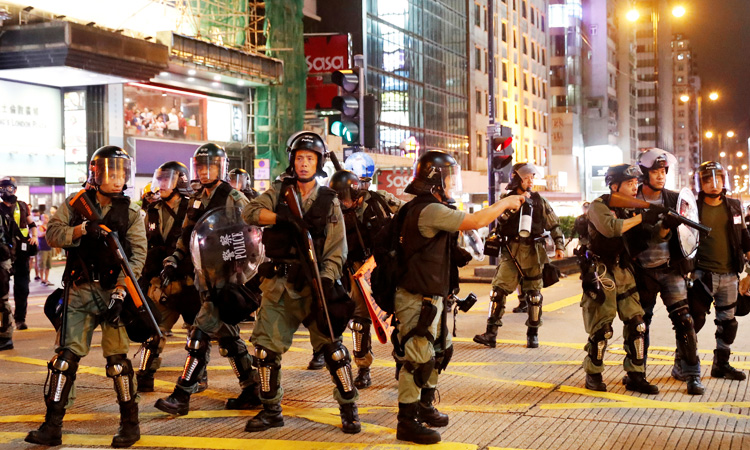 Metro stations in Hong Kong resumed regular service on Monday and streets were being cleaned of debris as the city recovered from another night of violent clashes between anti-government protesters and police, with more protests planned this week. 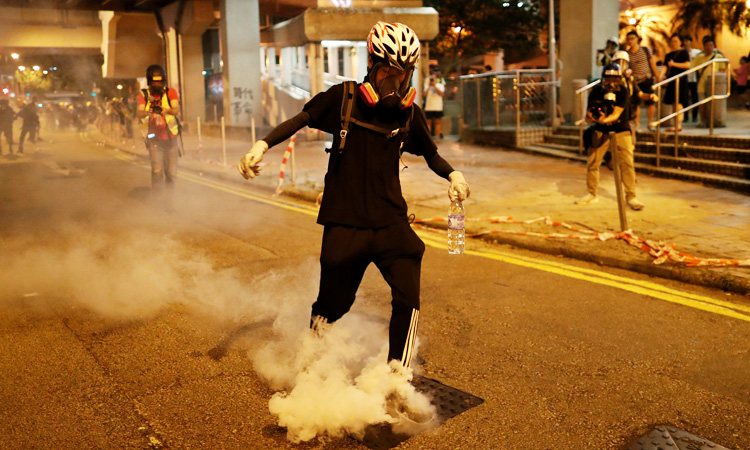 The protests blocked multiple roads in key commercial and shopping districts and shuttered public facilities across the Asian financial hub.

Protesters are expected to gather at the city's international airport for a fourth day in a row on Monday and plan to rally outside police headquarters on Monday night. 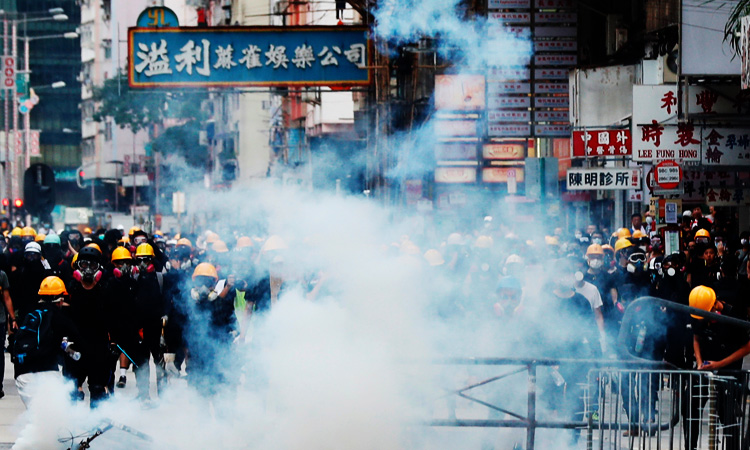 Anti-extradition bill protesters react from tear gas as riot police try to disperse them during a protest at Sham Shui Po.

The increasingly violent protests since June have emerged as Hong Kong's most serious crisis in decades and become one of the biggest challenges to Chinese leader Xi Jinping since he took power in 2012.

What began as opposition to a proposed bill to allow people to be extradited to mainland China to stand trial in Communist Party-controlled courts has evolved into calls for greater democracy in Hong Kong.

Demonstrators say they are fighting the erosion of the “one country, two systems” arrangement enshrining some autonomy for Hong Kong when China took it back in 1997. They are calling on the government to listen to public demands particularly an independent investigation into the handling of the protests. 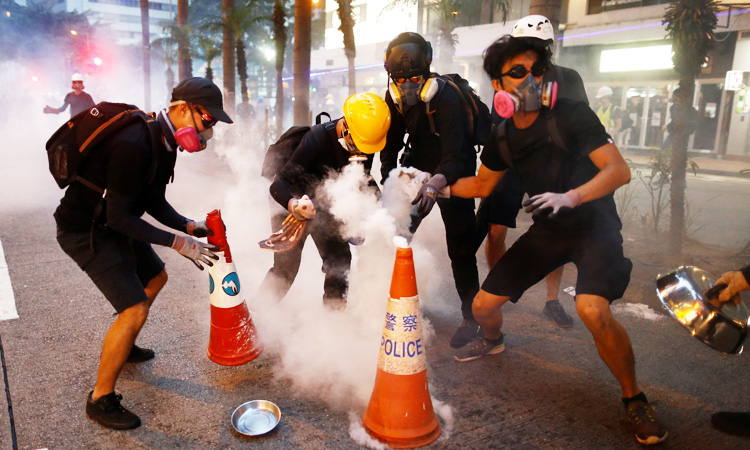 Beijing says criminals and agitators are stirring violence, encouraged by “interfering” foreign powers including Britain, but the protests seem to enjoy broad support in the city of more than 7 million people.

North Korea said late on Sunday it fully supports China on the situation in Hong Kong, which it also said was caused by “foreign forces” interfering in an internal affairs of China to encroach on the security and order of the Chinese city.

China is the main diplomatic ally and economic benefactor of isolated North Korea, which has been under international sanctions for its nuclear and ballistic missile development.

No country, entity or individual should be allowed to “destroy the sovereignty and security of China and 'one country and two systems' as Hong Kong is Hong Kong of China,” the North's foreign ministry spokesman said in comments carried by the official KCNA news agency.