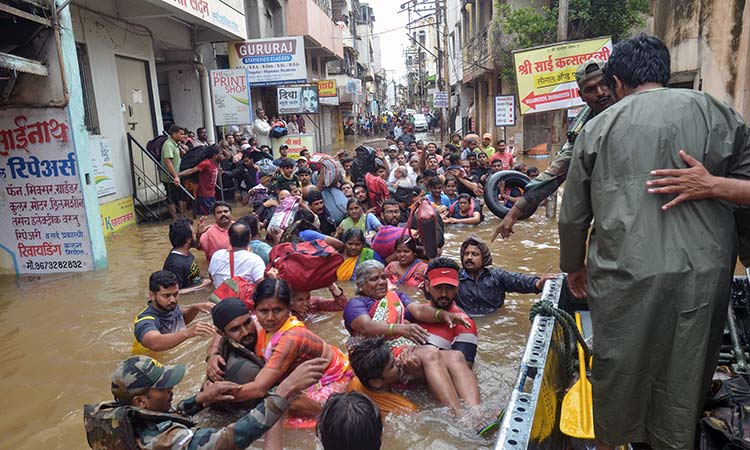 The death toll from floods in India's states of Karnataka, Kerala and Maharashtra rose to 95, official figures showed on Saturday, as heavy rain and landslides forced hundreds of thousands to evacuate their homes.

"Our entire village under water for the last eight days but still we haven't got any assistance from the government," said farmer Prashant Lathe, 35, from a village in one of the flood-hit districts of the western state of Maharashtra. 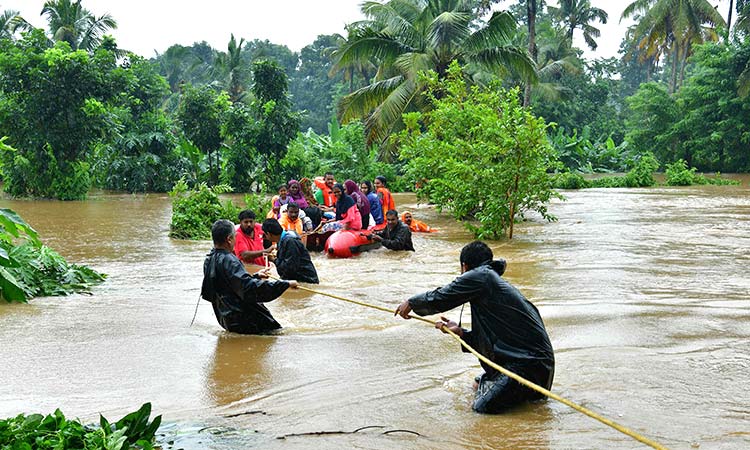 Rescue personals evacuate families affected by floods in the Indian state of Kerala on Friday. AFP

The district has lost access to all basic amenities such as drinking water, power supply, cooking gas cylinder and petrol for running vehicles, Lathe said.

Excessively strong rains can also harm India's farming sector, which employs nearly half of its 1.3 billion people. Lathe said his sugar cane plantation of around four acres was submerged.

In the southwestern state of Kerala, some 42 people died and over 100,000 affected people have been evacuated, the central government's disaster management cell said, after 80 landslides hit the state in two days.

"Our entire village under water for the last eight days but still we haven't got any assistance from the government.

The state was opening the gates of Banasurasagar dam in Wayanad district on Saturday to manage water levels and avoid serious damage.

Last year, more than 200 people were killed and over five million affected in one of Kerala's worst floods in 100 years. Some residents said the sudden opening of dam gates without proper warnings to those living downstream was a big factor in the devastation.

The state's busiest airport, Cochin International Airport, closed since Friday as the taxiway was water-logged, will resume operations from 0630 GMT on Sunday, the airport management said. 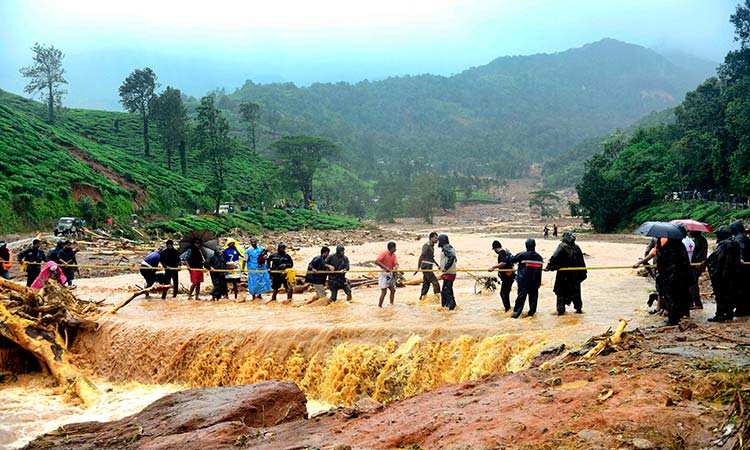 People walk through floodwaters after a landslide in Meppadi, Kerala, India, on Friday. AFP

In neighbouring Karnataka, home to India's tech hub Bengaluru, some 24 people have died in what chief minister B.S. Yeddyurappa said on Saturday were the worst floods in 45 years.

Around 1,024 villages have been inundated due to the rains, several dams were reaching their full capacity, and over 200,000 people had been evacuated, he added.

In Maharashtra, home to India's financial capital Mumbai, 29 people have died this week.

The Indian Meteorological Department said heavy to very heavy rain was likely to lash isolated areas of Kerala, parts of Karnataka and Maharashtra, and some southern states might also see extremely heavy rain on Saturday.