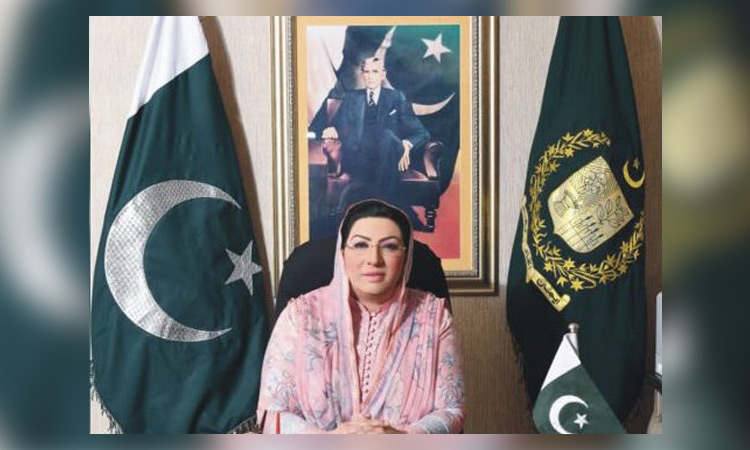 The Ministry of Information and Broadcasting of Pakistan has decided to ban all cultural exchanges with India including all kinds of joint ventures in the entertainment industry of the two countries.

It also launched a national slogan “Say No to India.”

"All kinds of Indian content have been stopped and Pemra [Pakistan Electronic Media Regulatory Authority] has been directed to step up its vigilance in this regard along with actions against the sale of Indian DTH instruments,” said Special Assistant to Prime Minister on Information and Broadcasting Dr Firdous Ashiq Awan.

Talking to media persons, she said that the recent Indian action to annex Kashmir had proved that the Quaid-e-Azam was right.

"It is a clash of two ideologies. On the one hand, we have enlightened moderate and progressive ideology while on the other the extremist government in India has shown their hard-line, terrorist, fanatic and anti-Muslim ideology.”

She said that the deception of cultural exchange was polluting the minds of Pakistani youth and it was essential to contain Indian content that indirectly portrayed their false propaganda.

The special assistant said that the National Security Council had decided to establish a group and thus Pakistan would fight the "Hindutva” ideology from all fronts.

The group will be the cluster of all relevant ministries to fight against the Indian designs at required forums.

"The external communications will be dealt with by the ministry of information, Foreign Office and the Inter-Service Public Relations (ISPR) as per nature of information,” Dr Awan said.

At the same time, she requested the media to be extra cautious and responsible. "I am responsible to answer your queries but I request you not to air any negative ticker based on sources as it could damage the national narrative over this sensitive issue.”

She said in the current situation, the clash between Indian and Pakistani cultural and social values were imminent and it was the media’s responsibility to come to the forefront to defeat Indian cultural invasion.

The government also banned the screening of Indian films in the country’s cinemas, report agencies.

"No Indian film will be screened in any Pakistani cinema. Drama, films and Indian content of this kind will be completely banned in Pakistan,” tweeted Dr Awan.