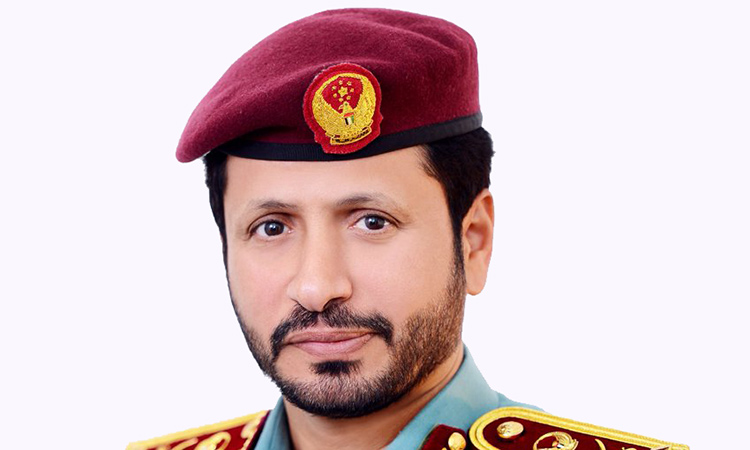 Marking the occasion, Al Shamsi thanked His Highness Dr Sheikh Sultan Bin Mohammed Al Qasimi, Supreme Council Member and Ruler of Sharjah, and Sheikh Sultan Bin Mohammed Bin Sultan Al Qasimi, Sharjah Crown Prince and Deputy Ruler, for their continued support of Sharjah Police and their great interest in following up the affairs of Sharjah Police personnel and their keenness on ensuring their stability and career development, enabling them to exert maximum efforts to serve their homeland and carry out their duties in such a manner that responds to the ambitions and aspirations of their wise leadership.

Furthermore, the Commander-in-chief of the Sharjah Police congratulated members of the police force and the promoted officers, expressing his best wishes and hopes for them.

Recently, Sharjah Police rescued a child as he was about to fall from the window of a building in Khorfakkan.

It was a miracle that a police patrol was in the residential area and noticed the child and quickly responded to the emergency situation.

According to the given information, the police patrol in the area saw the 12-year-old boy hanging out of a high floor window and about to fall. Officers noticed that the boy was not responding to their calls and shouts to alert him, and had to act quickly to save the situation and prevent the little boy from being injured, who was later discovered to have trouble hearing.

It was later found that the boy was one of the people of determination, and the father was urged by police to be more cautious and make sure that all windows of the house were locked to ensure the safety of his child.

The Sharjah Police warned residents and parents in particular about the dangers of children falling from windows or balconies of buildings and towers.

They also urged parents to keep watch over their children and make sure all chairs and tables placed near the windows were removed in order to avoid such tragic incidents from taking place.