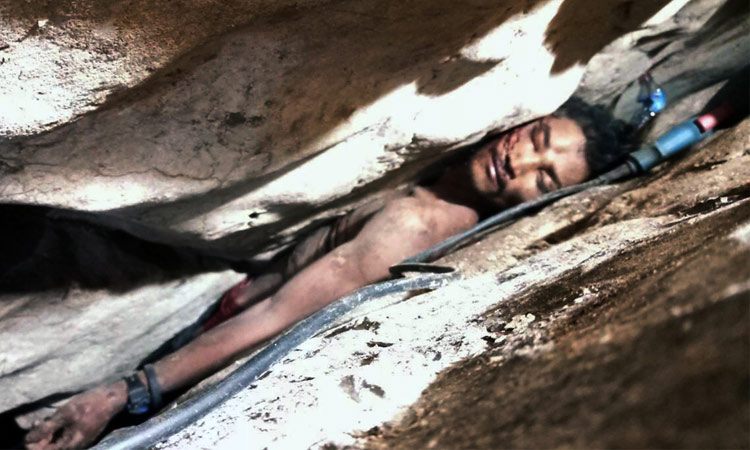 In this photo provided by police, Sum Bora, who got stuck in the rock's hollow at Battambang province in northwestern of Phnom Penh. AP

A man who became wedged between rocks while collecting bat droppings in the Cambodian jungle was rescued after being trapped for almost four days.

Police said Sum Bora slipped on Sunday while trying to retrieve his flashlight, which had fallen in the small rocky hollow.

Bat droppings — guano — are used as fertiliser and sold for supplementary income by poor farmers, who sometimes try to attract bats to their property. 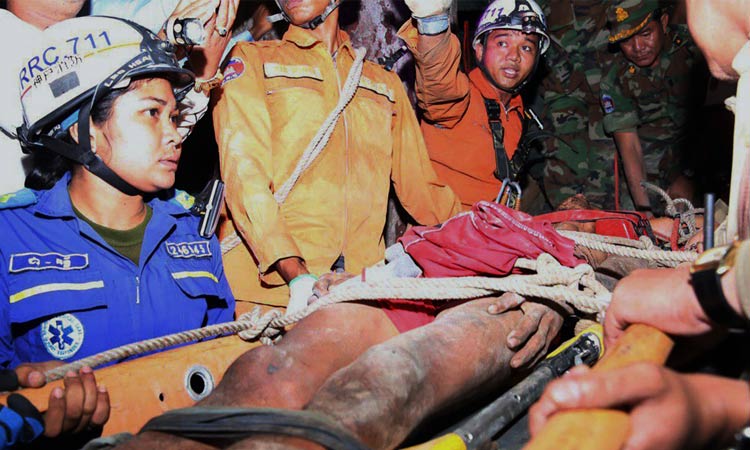 Rescuers carry Sum Bora, who stuck into the rock's hollow at Battambang province in northwestern of Phnom Penh. AP

His worried family began searching for Sum Bora when he didn't return after three days, Cambodia's Fresh News reported. His brother found him and alerted authorities to his location in the Chakry mountain jungle in the northwestern province of Battambang.

About 200 rescue workers carefully extricated the trapped man by destroying bits of the rock that had pinned him in an effort that took about 10 hours, Police Maj. Sareth Visen said.

The 28-year-old man was freed at about 6pm on Wednesday, looking extremely weak, and was taken to a provincial hospital, the police official said.

The rescue was spearheaded by specialists from Rapid Rescue Company 711, which is connected to Prime Minister Hun Sen's elite military bodyguard brigade. The group also was prominent in rescue efforts when a seven-story building collapsed in June in the southern city of Sihanoukville, killing 24 people.

Cambodia is one of the poorest countries in the world, with 35% of its 15.2 million people living in poverty, according to a UN Development Program report last year. 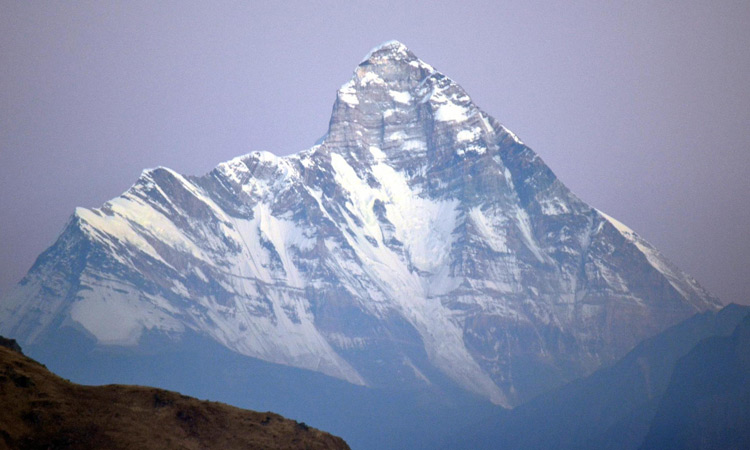