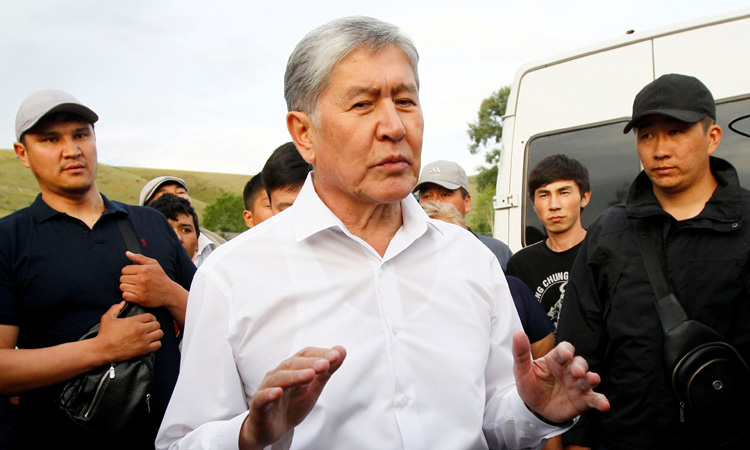 Ex-Soviet Kyrgyzstan was on the brink of a full-blown political crisis on Thursday after a special forces operation to detain former president Almazbek Atambayev failed, leaving an officer dead and a police chief in critical condition.

Atambayev’s supporters took up arms and threw stones to fend off the attempt to seize the ex-leader from his compound near the capital Bishkek, where he has been holed up for weeks during a standoff with his former protege.

Kyrgyzstan — a Central Asian country of six million which has seen two presidents overthrown in less than three decades of independence — has been roiled by the standoff between Atambayev, who was in office from 2011 to 2017, and his successor Sooronbai Jeenbekov. 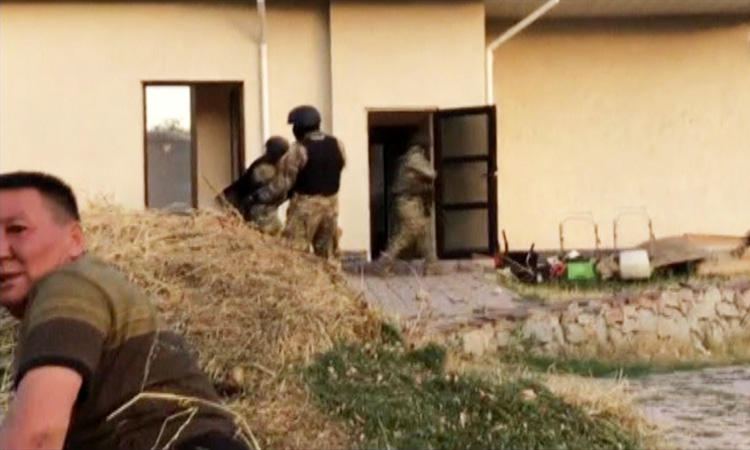 A still image shows armed members of Kyrgyz state security forces during an operation to detain Atambayev in the village of Koy-Tash near Bishkek.

Atambayev has ignored three police summons for questioning after parliament stripped him of immunity and the state prosecutor pressed corruption charges — moves his supporters say were driven by 60-year-old Jeenbekov’s camp.

On Wednesday the confrontation escalated after the State National Security Service (GKNB) said its special forces were undertaking a “special operation” to detain the former president from his compound in the village of Koi-Tash.

But Atambayev’s supporters took up arms, leaving a special forces officer dead from a gunshot wound according to the country’s health ministry.

An AFP correspondent saw police and hundreds of Atambayev supporters hurl stones at each other in Koi-Tash, where Internet and mobile networks appeared to have been cut by authorities. 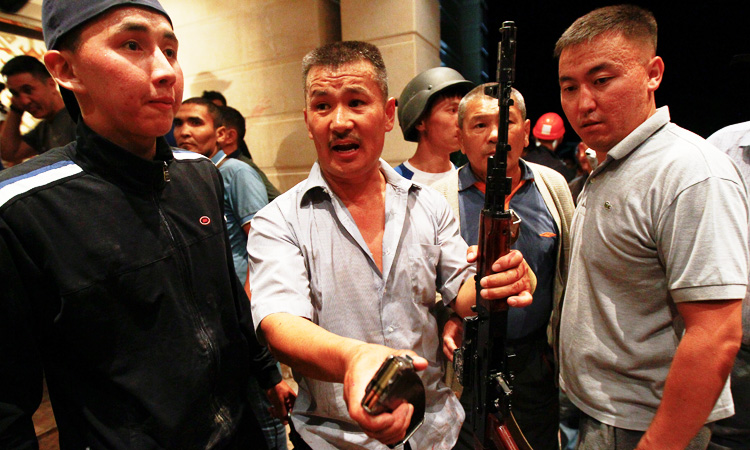 Supporters of Kyrgyz former President Almazbek Atambayev guard his house during an operation of state security forces near Bishkek.

The correspondent saw some supporters forcibly disarm and beat special forces officers who they then took hostage. It was unclear if they were later released.

The health ministry on Thursday said the head of the Chui province police department was in critical condition after sustaining concussion during the clashes.

According to the state prosecutor, a total of 23 civilians and 24 members of law enforcement were hospitalised in the violence.

Some of the civilians had wounds from rubber bullets, the health ministry said. 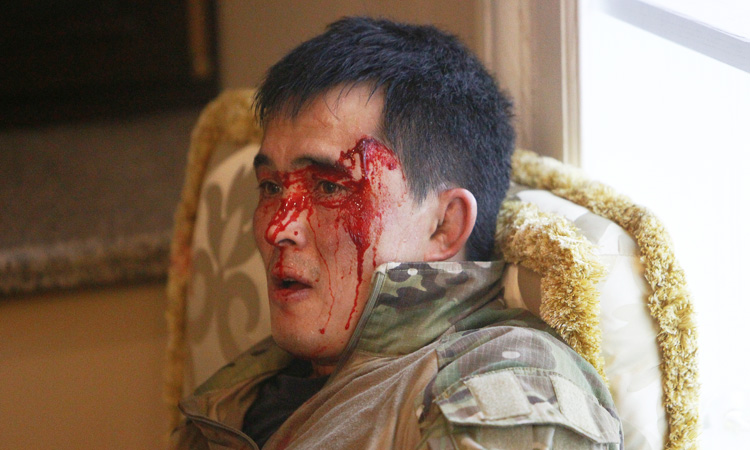 An injured member of Kyrgyz state security forces lies on the floor during an operation to detain former President Atambayev near Bishkek.

Atambayev, meanwhile took to the television channel he owns to issue a defiant message after talks between the interior ministry and his representatives failed to resolve the crisis.

Kyrgyzstan’s people “will never live on their knees, will not be collective farm sheep, will not be slaves of the ruling clan,” he said.

Atambayev saw his immunity lifted by parliament in June as the authorities seek to prosecute him on corruption charges.

A statement from the prosecutor on Thursday said that Atambayev was under investigation in five criminal cases, mostly related to corruption in the country where graft is endemic.

The standoff has drawn in Russia, the country’s traditional political patron, and where hundreds of thousands of Kyrgyz work as migrant labourers.

Last month Vladimir Putin met with both Jeenbekov and Atambayev in Moscow in a bid to defuse the confrontation.

Putin called on “everyone to unite around the current president and help him develop the country” during the meeting with Atambayev, while warning against steps that could bring instability to the country.

Erica Marat, Associate Professor at the National Defense University in Washington said that Atambayev’s outreach to Putin shows that “he clearly sees himself as a viable political figure in Kyrgyzstan”, emboldening his stance against the incumbent leader.

Marat said the pair’s confrontation is symptomatic of Kyrgyzstan’s failure to reform security institutions and courts.

“Jeenbekov must now decide whether to escalate violent confrontation with Atambayev’s supporters or negotiate,” Marat said.

Jeenbekov and Atambayev were once friends with Atambayev referring to Jeenbekov by the affectionate nickname “Soke” when he backed his candidacy during 2017 presidential elections that marked an unprecedented peaceful transfer of power between elected leaders.

But they fell out just months after Jeenbekov’s inauguration as Atambayev publicly criticised his successor and security services arrested several key Atambayev allies.

Political analyst and video blogger Azim Azimov raised fears that the standoff might devolve into a “civil conflict... if both sides decide to take it to the end.”

“This is the most scary potential outcome,” he said in a video published on Thursday morning.