Iraq hands over remains of Kuwaitis missing since 1991 - GulfToday

Iraq hands over remains of Kuwaitis missing since 1991 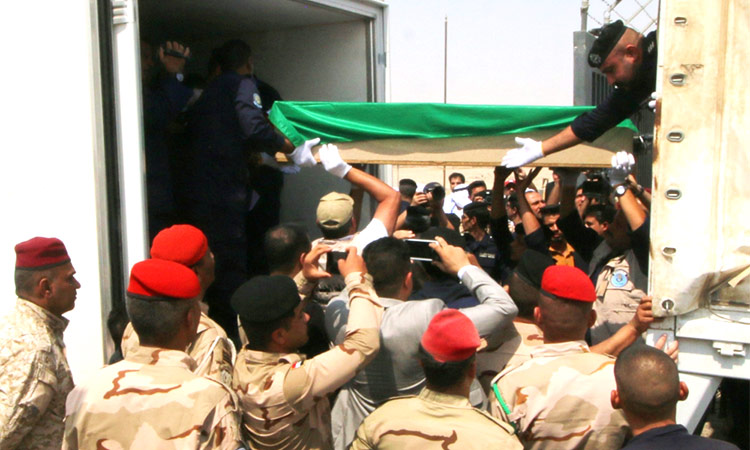 Iraqi soldiers hand over the remains of dozens of Kuwaiti citizens missing since the first Gulf war to Kuwaiti policemen in Basra on Thursday. Reuters

Iraq on Thursday handed over to Kuwait the remains of 48 of its citizens who went missing after Saddam Hussein's invasion of the country 28 years ago and subsequent Gulf War.

Kuwait says hundreds of people went missing during Iraq's seven-month occupation, and the issue has remained a sticking point between the two countries.

The remains, which were put in caskets and wrapped in Kuwaiti flags, were handed over to Kuwaiti authorities at the Safwan border crossing at a ceremony attended by officials from the two neighbouring countries.

"The Iraqi government is determined to find all the remaining missing Kuwaitis (in Iraq) and hand them over to the Kuwaiti authorities and consequently to their families," said Maj. Gen. Hazim Qassim, a representative of the Iraqi Defence Ministry.

The remains were found in March at a mass grave in the desert west of the city of Samawa south of Baghdad.

Iraq and Kuwait resumed diplomatic relations after former Iraqi leader Saddam Hussein was ousted from power in 2003 in the US led-invasion of Iraq. 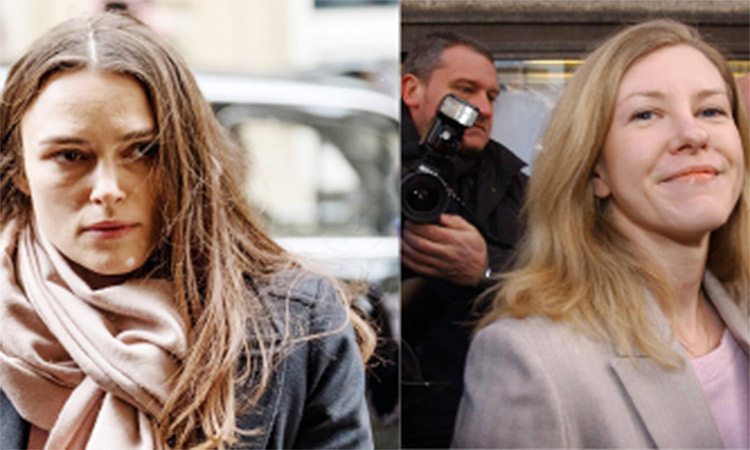 The spy who tried to stop a war

In early 2003, Katherine Gun, an unknown Mandarin Chinese translator with British intelligence, tried to foil the US-UK conspiracy to wage their disastrous war on Iraq.