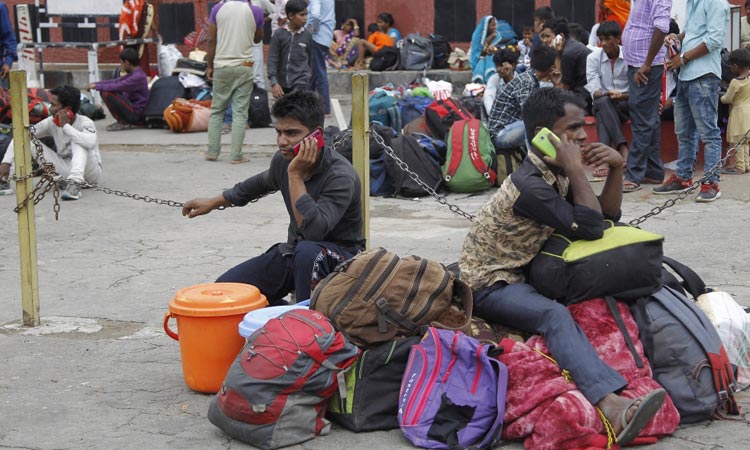 Indian migrant laborers speak on their mobile phones as they prepare to leave the region, at a railway station in Jammu on Wednesday. AP

Hit by a complete security lockdown in Kashmir, hundreds of poor migrant workers have begun fleeing the Himalayan region to return to their far-away villages in northern and eastern India. 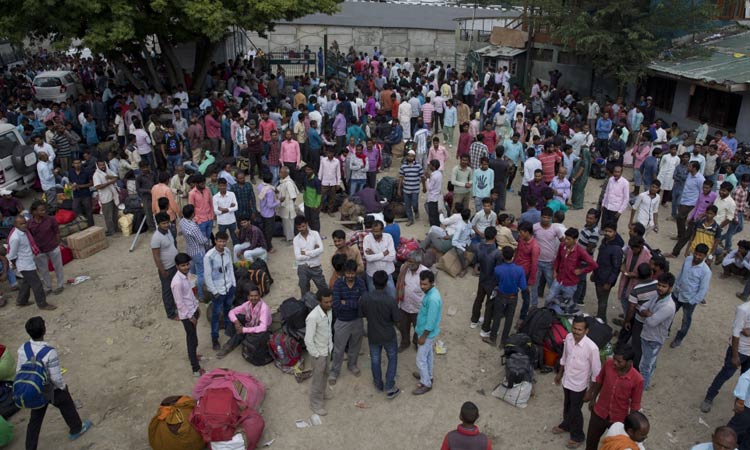 Migrant workers wait outside the government transport yard for bus tickets to leave the region, during curfew in Srinagar. AP

Authorities in Hindu-majority India clamped a complete shutdown on Kashmir as they scrapped the Muslim-majority state's special status, including exclusive hereditary rights and a separate constitution, and divided it into two territories.

Pakistan announced on Wednesday that it is downgrading its diplomatic ties with India and suspending bilateral trade in response to New Delhi's decision to reduce Kashmir's special status.

On Wednesday, workers crowded the railroad station at Jammu, the winter capital of Jammu and Kashmir state, as they waited for trains bound for Uttar Pradesh, Bihar and Jharkhand. They carried their belongings on their heads and under their arms, tied in bedsheets. 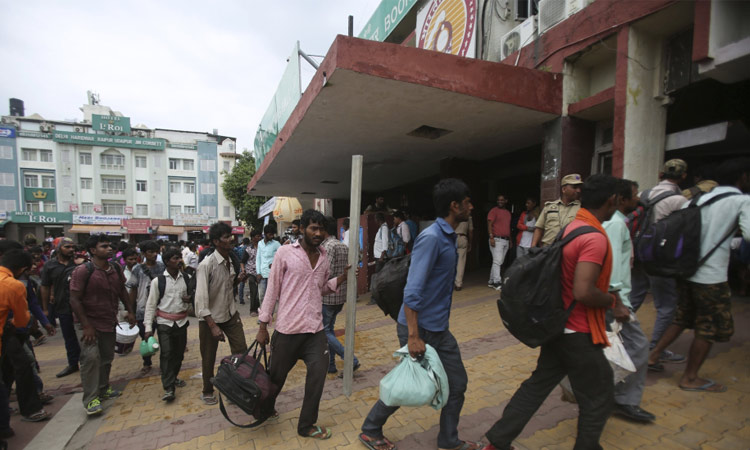 Migrant laborers carry their luggage and prepare to leave the region, at a railway station in Jammu and Kashmir. AP

Jagdish Mathur, a worker, said many people walked for miles (kilometers) on a highway and hitched rides on army trucks and buses from Srinagar to Jammu, a distance of 260 kilometres.

"We haven't eaten properly for the past four days," said Mathur, adding that he doesn't have money to buy a rail ticket to take him to his village in eastern Bihar state. "The government should help me."

Surjit Singh, a carpenter, told the New Delhi television channel that he was returning home because of Kashmir's security lockdown.