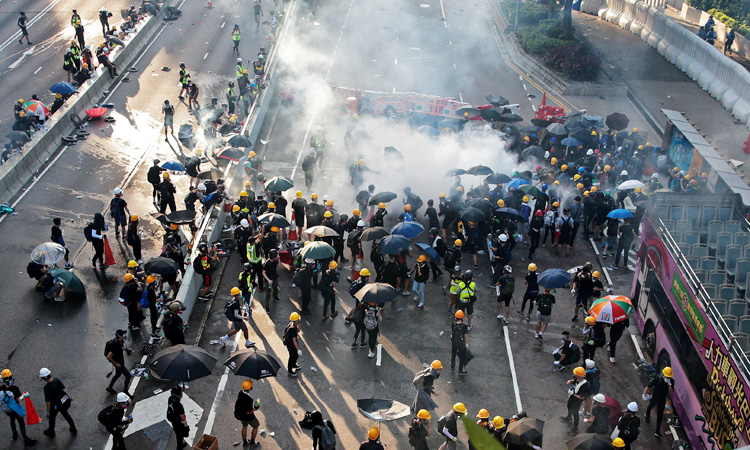 Hong Kong is facing its biggest crisis since it returned from British to Chinese rule in 1997, the head of China’s Hong Kong and Macau Affairs office said on Wednesday.

Zhang Xiaoming, one of the most senior Chinese officials overseeing Hong Kong affairs, made the comments during a meeting in the southern Chinese city of Shenzhen. 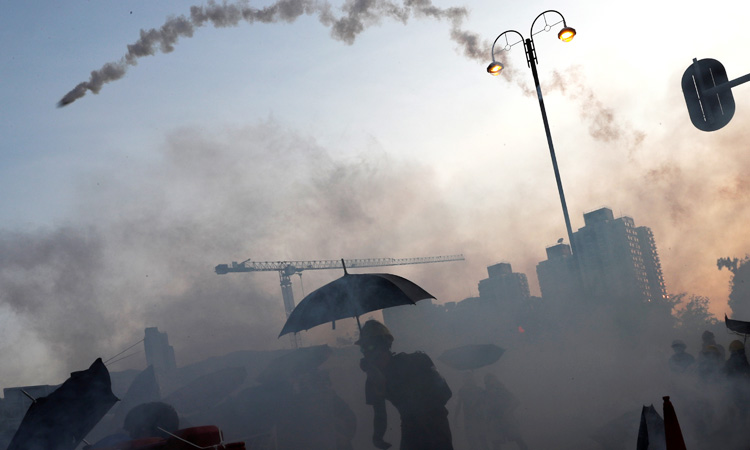 Protesters react after tear gas was fired by the police during a demonstration at Tai Po residential area in Hong Kong on Monday.

Zhang was holding a forum that included Hong Kong delegates to China’s parliament, the National People’s Congress and China’s main consultative body, the CPPCC, to discuss the political crisis in the territory.

Hong Kong has faced months of sometimes violent protests that began with opposition to a now-suspended extradition law, which would have allowed suspects to be tried in mainland courts. 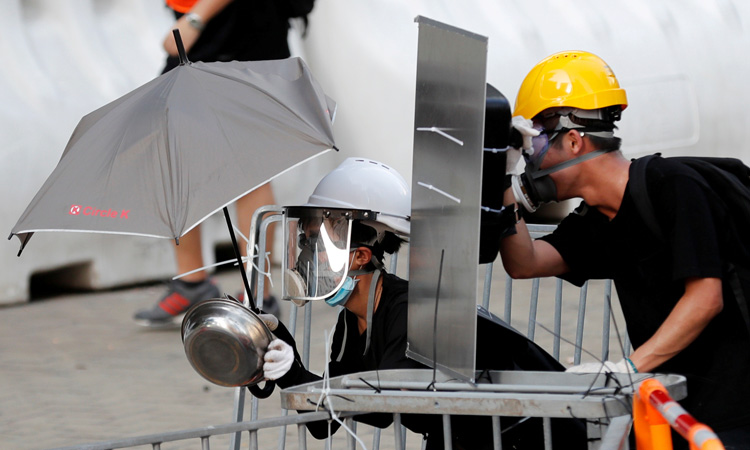 Protesters use makeshift protective gear to avoid tear gas as they attend a demonstration outside Government Complex in Hong Kong.

But the protests have broadened into a backlash against the government of the Asian financial hub, fuelled by many residents’ fears of eroding freedoms under the tightening control of China’s Communist Party leaders in Beijing.